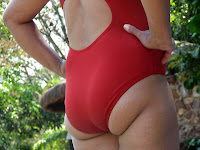 Last night on Boston Legal (one of my favorite shows!), Denny Crane got sued by a lawyer who he fired for being fat. Every time he nonchalantly referred to her as FAT, I cringed. This sweet but pudgy character didn’t flinch at hurling insult after insult as facts that gave him license to be verbally abusive.

The fat insulting the fatter! Many people have no conscience about attacking the dignity of those who are overweight!

Boston Legal is a TV show—fiction—but it illustrates the attitudes that some people can have. Denny chucked fat statements at the overweight lawyer, as she said, “ka-ching, ka-ching.” She and her lawyer sued him, expecting a big settlement. After all, firing someone for being fat is discrimination, right? Wrong! The Denny Crane character got off the hook by using the excuse that he didn’t want to catch her fat.

Outrageous!?!? YES! He argued that fat is contagious and he felt it harmful to let her be in his law firm. You might think that the writers took license with writing a fictitious story. But, a study in the July 26, 2007 issue of the New England Journal of Medicine, substantiates, at least somewhat, that this can be true!

A study at Harvard Medical School, the Department of Medicine, reported that person-to-person spread of obesity is a possible factor that contributes to its epidemic.

Do your friends make you fat? Hmmm… It got me thinking. I often avoid making plans with some people in the evening because I know if we go out, it will be a decadent dinner that I know has too many calories for me. Trying to talk to them doesn’t work. I counter that by inviting them to do things that don’t involve food.

Can friends, family and co-workers really make you fat? NO! Only YOU can make YOU fat!

* Friends can tempt you but it’s YOUR choice to get carried away eating.

* Colleagues can bring in donuts but it’s YOUR choice to put them in your mouth and swallow. No one forces you!

* Your kids don’t want you to pick at their snacks! YOU use it as an excuse to eat junk.

* Chicken parmigiana may make your mouth water when you see it on a menu, or on the next table, but it’s YOUR decision to order it instead of something broiled.

I know it’s hard. I’m not trying to make you feel bad for being weak. Just this morning I went to a meeting with good intentions and my own peanut butter on whole wheat to munch on. Until someone walked in with a box of donuts! My hand grabbed one so fast I wanted to smack it! But I ate it slowly and forced myself not to reach for another one. You don’t want to deprive yourself but you also don’t want to let food make you feel out of control.

You can’t control other people’s eating habits but you can do things to curb temptation.

* Plan for splurges. Tonight I’m going to an event that serves pizza. And I’m going to have some as my dinner. So, for lunch I ate very healthy veggies with no fat to balance my eating. And I always blot as much oil from the slice as I can.

* Bring healthier snacks that you enjoy to work so you have something to eat when the calorie snack cart comes around or co-workers bring in junk.

* Find activities to do with friends that don’t involve eating. I’ve cut way back on dinner plans because I know too many make me gain weight.

* Kids can be taught to eat healthier so you’re not feeding them things that are poison for your diet. You’re doing them a BIG favor by starting them out right.

* Don’t let a splurge become a marathon pig-out. I know someone who lost a ton of weight and then went away for a weekend to a wedding. She used it as an excuse to gorge herself. Completely lost control all weekend. She’s still trying to get back on track from it.

* Learn to force yourself to walk away from goodies that you know can trigger weight gain. Ask yourself—out loud—“Is this moment of eating pleasure worth gaining weight and feeling lousy after?”

I NEVER diet. The idea of it is too unpleasant. Instead, I seek to eat healthy and control myself by having willpower over food. When I’m offered something fattening and know I shouldn’t eat it, I think, “I can control my desire for that.” When I do, I feel very empowered. When I don’t, I forgive myself and try again next time.

Sometimes when people ask if I’d like something yummy, I say, “yes, I’d love to eat it but I’m not going to.”

While people can add to your temptations for fattening goodies, they don’t make you fat. It’s your response to the temptation that packs on pounds. Don’t use others as an excuse! I’ve had to lay down the law with people who I’d visit and get bombarded with foods I normally wouldn’t eat. I’ve even refused to go to someone’s house for dinner because I knew I’d be served decadent meals, despite my protests.

Take control of your willpower over foods that will make you gain weight.

Do more exercise when you give in to pigging out. One time won’t hurt you. When you make it a lifestyle to eat and blame it on others—you have a problem. Love yourself enough not to damage your body with too many unhealthy treats. Then you have a double blessing—healthier eating and an act of self-love!