The Rape of Dinah — and the Jewish Evangelizing Mission

I’m preoccupied by the old wives’ tale that Judaism has no missionary or conversionary genes in its spiritual DNA. This is one of those untruths that gets repeated so often, it’s taken for granted even by many thoughtful Jews. Maimonides, Sforno, and Rav Hirsch refute it soundly, as I’ve indicated before. Here’s more proof, that as a bonus touches on the historical authenticity of the Exodus from Egypt.
In this week’s Torah portion, Vayishlach, we find the story of the rape of Jacob’s daughter Dinah. To save their sister from the clutches of the eponymous prince of the city of Shechem, Jacob’s sons conspire to fool the men of the city, who apparently in some way shared his guilt in the matter. They prevail upon the Shechemites to receive circumcision, then in the latter’s weakened physical state, two sons in particular, Simeon and Levi, slaughter them all.
The story is enigmatic but the Lubavitcher Rebbe sorts out the classical commentators with their seemingly contradictory explanations. The bottom line is that Dinah herself, like her mother Leah, had the gene that disposed her to seek the widest possible canvas on which to paint the future of the Jewish people. She made herself vulnerable to abduction in the first place when she ventured into the city with a view to befriending and evangelizing the women there.
The men acceded to being circumcised as part of a general plan of voluntary mass conversion. Scripture is explicit that with the death of the men of Shechem, the women and children were left alive (Genesis 34:29). Jacob later criticized his sons for the slaughter of the men since, as converts, they were like new-born children — “born again” — and bore no guilt even for their previous crime in relation to Dinah. The 16th-century Spanish sage Rabbi David Ibn Zimra is the clearest on the matter of this mass conversion to proto-Judaism.
Which leaves us with a provocative question. The newly converted men died. What happened to the women? Why, they joined the household of Jacob!
This was not the first addition of new souls, in large numbers, to the community of Abraham, Isaac and Jacob. Abraham himself converted “thousands and tens of thousands,” as Maimonides writes in the Mishneh Torah. What happened to them? When the family of Jacob went down to Egypt and became slaves there, the Bible indicates they did so as only 70 people. As Ronald Reagan put it in the title of his memoir, “Where’s the Rest of Me?”
All this so far is on the authority of the Bible and of classical commentators who draw out that to which Scripture alludes cryptically. My own speculation is as follows.
I wonder if that figure of 70 counts only the blood descendants of Jacob: “All the persons coming with Jacob to Egypt — his own decendants aside from the wives of Jacob’s sons — sixty-six persons in all. All the people of Jacob’s household who came to Egypt — seventy” (Genesis 46:26-27). Maybe a far more numerous community of converts went down as well.
That would help explain how a mere 70 people burgeoned in the course of the 210 years spent in Egypt (per the traditional understanding) into the extended family of well over 2 million Israelites who stood to receive the Torah at Mt. Sinai following the Exodus.
Now, a freakishly high yearly population growth rate today would be about 5 percent, which would give you the needed 2 million or so. Yet it’s still hard to believe, given that modern Israel herself has a growth rate of only 1.71 percent per annum, which would not suffice by a long shot to do the job. This is one of the objections you hear to Jewish and Christian beliefs about the historicity of the Exodus account.
But what if — as Jewish tradition itself suggested long before anyone heard of an online population growth calculator — that 70 persons was only the core group of Jacob and his own descendants, around which circulated a much larger community of converts? It could then have been thousands or more who formed the party of the emergent Jewish community that emigrated from Canaan to Egypt. A figure of 2 million plus at the end of 210 years would then look much more feasible. 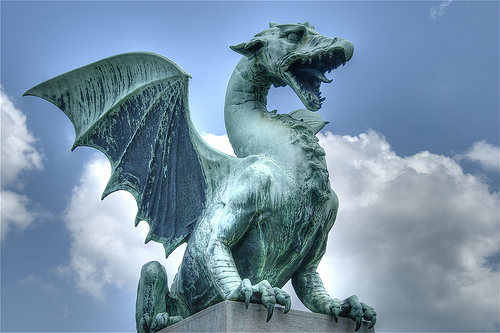