The truth, that is, about the impact on women if Savage’s dreams of men marrying men come true. In the gay marriage debate, heterosexual women are a crucial swing vote. Every poll I’ve looked at shows this: men are more opposed to creating this radical new social institution than women are. Nationally, the margin of difference between the sexes on the issue is about 11 percent. Obviously, women’s support is crucial to the cause. Lose it, and you’ve lost.

I think that explains why after I wrote on the subject, Savage in his blog at The Stranger attacked me several times in increasingly obscene and personal terms. So did his readers in the comment box here, creating a task for me in unpublishing the really foul ones. Oh well, you get used to it. However there’s a serious point here that needs to be understood. This is not about Dan Savage, who edits an alternative paper here in Seattle, but he serves as a useful illustration.
One commenter on this blog, Monique, wrote to me about how Savage with his sex column in the Stranger had helped her when she was 14 years old, as a sort of “cool” gay uncle figure, full of sound advice on when to dump jerky guys. Uh huh, very nice. What she didn’t see is that the very same sexual culture that fed the animalism of the boys who hurt Monique is the culture that Savage seeks to advance.
Some of that culture’s tenets include rejecting: 1) the normative value linking sex with reproduction, 2) insistence on faithfulness to a single spouse, and 3) any concept of modesty where private expressions of passion are kept private.
Homosexual male culture is the way it is because it centers upon encounters between men and men alone. Everything that’s most animalistic about men when they are not in the company of women has an excellent opportunity to emerge to the fore. The Biblical story of the two angels who visit Sodom, and of what Lot proposed to do to his daughters (give them over to the vicious crowd outside his house), has this as one of its lessons.
So wouldn’t you know it, I sat down at Tully’s yesterday and there in the newspaper bin across from me was the latest Stranger with an article by editor Savage highlighted on the front cover. This one was not quite as obscene as much of the rest of his writing, but still too much to link to from this blog. He talks about making peanut-butter cookies for his “husband,” here referred to as his “boyfriend,” and son. How domestic! But then he goes on to describe the rest of his lifestyle, which is not exactly domestic. I’ll spare you, but one detail caught my eye.
I had previously assumed that in his “marriage” he and his boyfriend are monogamous. Not so. Savage writes about how he would like to detail their adventures but his “boyfriend” vetoes the idea.
What was I saying about those tenets of sexual adventurism? Oh yes, that they may please Dan Savage and many other gay men. Sexual sterility goes inevitably with their lifestyle. Even in a “marriage” like Dan’s, monogamy isn’t expected. And there’s no necessary limit on lurid public expressions.
Monique, don’t you see? Girls and women were hurt by males with increasing  and heartbreaking frequency as the Sexual Adventurist Code of Values was progressively adopted since the 1960s as the norm among heterosexual males. No, we didn’t need homosexuals to teach us these things. It was old fashioned heterosexual adventurism. Many women are still paying the price.
But now gay activists want society’s seal of approval on their lifestyle, and it is, on average, far more extreme in its adventurism. And you think that will not encourage heterosexual men and boys to keep on hurting women as they do now, or worse? If homosexual males treat each other that way, with their activity officially endorsed by the government, why can we heterosexual males not relate to you, heterosexual women, in a similar fashion?
Imagine a man and a woman, of impeccably heterosexual tastes, with an open marriage on the Dan Savage model. Every woman with a brain in her head knows that in such a relationship, she’s likely to be the one who gets hurt. Not immediately, perhaps, but over the years. Today, we stand on the brink of stamping “Approved!” on the Savage model. And you think this will not have repercussions for heterosexual women?
Activists like Dan Savage try to keep such plain truths from us. When he writes in his own paper, he’s honest. When he writes an op-ed for the New York Times, he puts on his respectable hat and all the respectable readers say, “Oh, what a nice young man! Why can’t he marry his true love just like I did?” If we go along on this ride with him, what fools we are — but women, most of all. 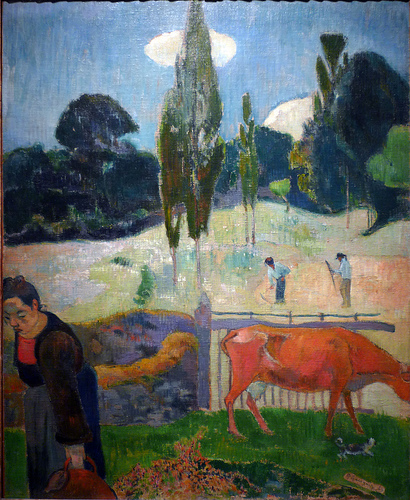 "Worldview-Induced Blindness," Intelligent Design, & the Ashes of the Red Heifer
archives most recent
More from Beliefnet and our partners
previous posts