When Cultures Collide in “The Pit of Hell”

I did a radio interview today with a fellow down in Texas who had a real preacher’s style. Entertaining guy but at one point he asked, letting his voice rise and rise like he was at the pulpit, “David, would you not saaaay that Darwinism is a lie, from its top to its bottom, sprung straight from the pit of Hell!?”

There was sort of an awkward pause. I’m a pretty mild and soft-spoken kind of person. I didn’t want to disagree with him, but I couldn’t quite echo his sentiment, neither the style nor the substance. “Well,” I offered, “that’s not exactly the way I would put, though I like your formulation! What I would say is that it’s a delusion with, um, some very negative social consequences.” I felt bad about having to disappoint him. 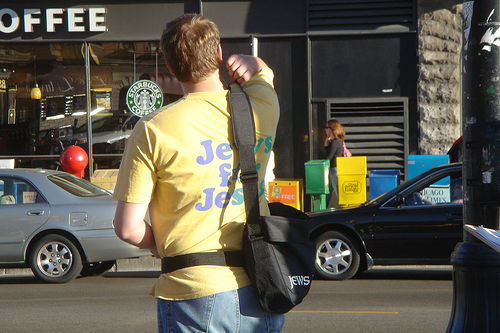