How Women Will Be Hurt by Gay Marriage

A while back I pointed out to you a midrashic tradition on Leviticus 18:3 that notes a feature of life in morally corrupt ancient Canaan: they practiced gay marriage, which is one reason God chose to displace them from the holy land, to be replaced by the children of Israel. I know, I know. It sounds so bigoted. Why be bothered if a nation chooses to officially sanction any combination of lovers that may please its citizens — man and woman, man and man, woman and woman? Who gets hurt?
Ultimately, women do. That’s the brilliantly insightful answer from a reader of this blog, Joshua Berman, an American scholar who teaches at Israel’s Bar-Ilan University while serving as a senior fellow at the Shalem Center in Jerusalem. He’s also the author of an excellent new book, Created Equal: How the Bible Broke with Ancient Political Thought. I’m proud to publish his reflections on the question, special to Kingdom of Priests. Keep in mind that if you want to disagree with this analysis, you’ll have to explain why the historical parallel doesn’t apply:

As a scholar of ancient civilizations, I know that we gain invaluable insights by drawing from the observations of others who grappled in their time with the experiences that we are just beginning to face. On the issue of same-sex marriage, we have much to learn from the writers of ancient Rome.

Reading them brings me to the conclusion that were I a woman, I would be concerned by the tide of legislation now sweeping our country.

To see how these ancient writings demonstrate that feminism and homosexuality are on a collision course, we need to first take a step back and consider the end-game of the gay and lesbian movement. The immediate aim is to win in the courts. But the ultimate aim is to win over the culture: to arrive at a day when homoeroticism is fully accepted.

Let’s fast-forward the video-tape and see what that day would look like. Johnny, a teenager, has pals who date boys and pals who date girls. In the movies, on billboards, Johnny sees depictions of men in love with men and of men in love with women. Johnny admires the picture in his principal’s office of the principal and his husband on their honeymoon. In this day, no one uses the word “homosexual” anymore, in just the same way that today no one uses the word “negro” — it’s so laden with the baggage of yesteryear’s bigotry. In fact, in this day, no one makes a big deal about sexual orientation at all. Johnny knows that when he seeks intimacy he is free to choose a blonde, a brunette, a Latina, a Phillipino, a guy, a girl; it’s all cool. Free choice and tolerance take the day.

But reading his history books about the 20th century, Johnny is shocked to discover that the percentage of men who were sexually interested in other men stood only in the single digits. He is shocked because everyone he knows engages in this regularly.

Why do I say everyone?

Continue after the jump to find out why.

Because of what you read in the the writers of imperial Rome. Some people are indeed homoerotic by nature. But others, as Aristotle noted, develop this as an acquired passion. Homoeroticism is, to a large degree, socially constructed. It turns out that where homoeroticism is granted full social sanction, as it was in Rome, it flourishes — so much so, that one writer noted that the emperor Claudius exhibited an unusual trait: he was sexually interested in women alone!

Men, we learn from ancient Rome, will enjoy sex with other men, if there is no social censure. Now, all of this should be fine for us as well — after all, we should let free choice and tolerance reign.

The real problems begin, however, when we read what these writers had to say about marriage. Consider this piece from the first century BCE poet Catullus (Carmen 61:134-141), in which the poet addresses himself to a bridegroom on the eve of his nuptials:

“You are said to find it hard, Perfumed bridegroom, to give up Smooth-skinned boys, but give them up… We realize you’ve only known Permitted pleasures: husbands, though, Have no right to the same pleasures.”

The social history behind this piece is clear: once they’ve experienced sex with other men, Catullus tells us, men are unsatisfied with what their new wives provide them. Notice that the poet is unconcerned about the husband’s dallying with other women — it’s the other men around that threaten the marital union.

If Catullus addressed the bridegroom on the eve of his wedding, the satirist Martial (Book 11, Epigram 43) depicts the reality of married life itself. As satire, the section is too bawdy to be reprinted here, but the sanitized version goes like this: A woman chastises her husband for continuing to dally with male acquaintances. He counters that many other married men are doing it as well. Desperate, she offers to service him in the same way that his male suitor does. He rebuffs, concluding, that she just can’t satisfy him the way his suitor can.

And so now we come back to the idyllic day of free choice and tolerance envisioned by the gay and lesbian movement. It turns out that that day has winners and losers. The winners — big time — are homosexual men, because the historical record shows that they can expect their potential pool of partners to expand exponentially. Of note here is that this expanded pool of partners accrues to gay men, but not to homosexual women. At the risk of getting too explicit, I leave it the reader’s basic grasp of anatomy to figure out why in ancient Rome a man who found pleasure in a woman, could also find pleasure in a man, while the record shows that a heterosexual woman rarely found sexual satisfaction in the company of another woman.

The losers from all this will be the vast majority of women. With full social sanction given to homoerotic activity, the historical precedent suggests that tomorrow’s women will have a harder time finding and holding on to suitable men. As women will suffer, so will the vitality and stability of the nuclear family.

As Shakespeare noted, the past is prologue. The push to legalize same-sex marriage — to grant full social sanction to the homoerotic bond — is a major step in an experiment of social engineering. We might wind up ourselves one day penning the observations of writers like Catullus and Martial, and impotent to turn back the clock. It is said that all opposition to same-sex marriage is rooted in religious dogma, which has no place in our legal discourse.

But there is a utilitarian argument as well: full social sanction for the homoerotic bond is opposed not for God’s sake, but for the sake of tomorrow’s women. 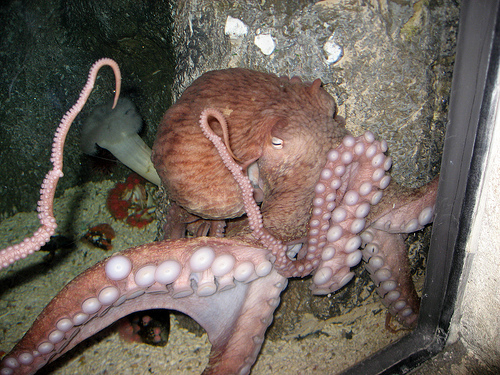 Are Humans In God's Image? Even Darwinists like Francis Collins Say, Effectively, No
archives most recent
More from Beliefnet and our partners
previous posts