Sex in the Bible Is Always Troubled. Why? 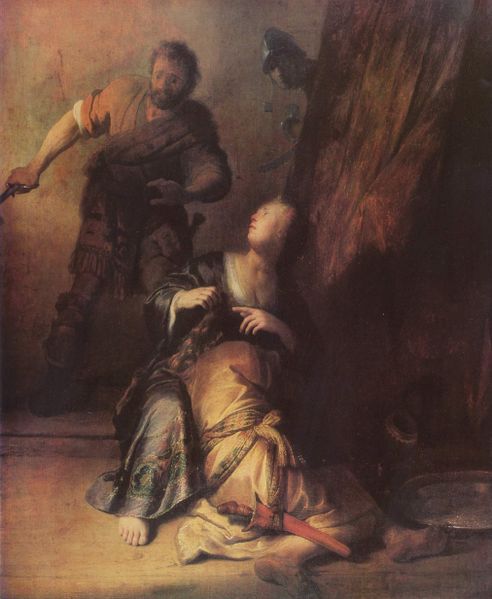 When you consider the stories in the Hebrew Bible, sex, marriage and love are not presented in anything like what we’d think of as an idealized form. The Bible is sexual, yes, and not prudish about it either. But sex in the Bible is almost always represented as tinged with danger, tragedy, frustration, or at least some element of edginess.
Obviously, relationships as real people experience them are often that way. But why is there not one counterexample of a lovely, traditional married couple with a strong relationship and a terrific, beautiful family enjoying life together in a wholesome manner, suitable for a profile story in your favorite Jewish or Christian family magazine?
Many religiously earnest Jews and Christians would, in their different ways, like to think of the Bible as offering a model for some kind of ideal relationship between man and wife that’s erotic yet chaste, modest when that’s appropriate, uninhibited when that’s appropriate. Yet as things turn out, even the most romantic love, like that of Jacob and Rachel, is punctuated by disappointment and tragedy. Love is accompanied by fertility problems and premature death. At best!
When Jacob met Rachel he kissed her and wept because, as a prophet, he knew what was in store.
Adam and Eve, huh? Whose relationship brings about the curse of the earth for the rest of history?
Then you have cases like Lot and his daughters; Tamar, Er, and Onan; Tamar and Judah; David and Bath-sheba; Absalom, his sister Tamar, and their half-brother Amnon; Samson and Delilah (pictured above by Rembrandt); the men of Benjamin abducting the women of Shiloh, etc., etc. — all “transgressive,” for want of a better word, and there’s so much like that.
Is there a single relationship in the Bible about which a normal “religious” person in the contemporary pious mold would say, “Yes, that’s exactly how I want my marriage to be”? “Honey, let’s model our relationship on that of [fill in the blank] and [his wife] from the Bible”? Even in Song of Songs, granted it’s a parable, but is he talking about his wife, his sister, or both? The verses use ambiguous language.
Any marriage that might potentially be enviable — healthy, loving, and productive, raising fine, upstanding children for a long life of service to God — is ignored, not celebrated.
Now I would be the first to say that reading the Bible in isolation from ancient interpretative tradition will only leave you confused. However, the Bible chooses to present its picture of the world in these terms and not in others that would be more obviously in keeping with “family values.” In the Song of Songs, Scripture chose a parable of sexuality to describe the relationship of God and the Jewish people. That was for a reason.
If the Bible means anything at all that’s eternal, none of this arbitrary. The seeming absence or at least rarity of a fully functional, normal, happy marriage in Scripture, unless I’m missing something, can’t be a coincidence. But what does it mean?