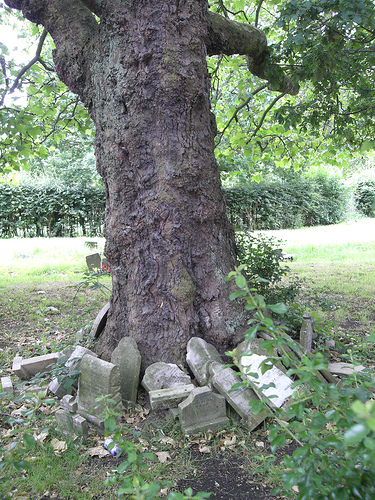 I’ve long been fascinated by the image of the Tree of Death, parallel to the Tree of Life in the Garden of Eden and cryptically referred to in mystical texts explaining the Hebrew Bible:

And out of the ground made the LORD God to grow every tree that is pleasant to the sight, and good for food; the Tree of Life also in the midst of the garden, and the Tree of Knowledge of Good and Evil (Genesis 2:9).