An ancient Biblical tradition, a midrash, relates that the Canaanites wrote marriage contracts between man and man and woman and woman, and that this was one reason the land “vomited” them up in favor of the Israelites who took their place. The historicity of this isn’t the point. It’s the moral that matters, having to do with the social impact of being libertarian about marriage combinations

Today Rod Dreher, Andrew Sullivan, and John Derbyshire are contemplating the question of whether there is a secular case against same-sex marriage. Is there?
Well, there would have to be. God doesn’t rule arbitrarily. He has in mind the aim to encourage human flourishing, and He knows better even than Andrew Sullivan does. That doesn’t mean His reasons are always entirely scrutable. That may be why the exact nature of a religion-free case against state-sanctioned gay marriage sometimes seems a bit hazy. Nevertheless, I’ll give you my three thoughts about how human interest is served by resisting attempts to remake matrimony.
First, the institution of marriage is very ancient, and that by itself tells us something. A profound wisdom accumulates over the millennia, as generations discover the kind of institutions best suited for human beings. For thousands of years and across a multitude of cultures, people have agreed that marriage means the union of man with woman. This consensus is enshrined in religious beliefs, revered by Jews, Christians, Muslims, Buddhists, and Hindus alike. You can think of these beliefs as God-given, but you don’t have to. You also can think of them as human discoveries.
Second, our own experience tells us that society has a stake in preserving the unique status of heterosexual marriage. Marriage has a mystique, a prestige, in part because of the force of government sanction. Married couples invest in their marriage, accepting compromise and overcoming difficulties, because they regard their relationship in the light of this mystique. Complicate that by endorsing gay unions and you have diminished the prestige of heterosexual marriage, weakening it. At what cost? Social science makes clear the beneficial effects that being married has on health, self-esteem, earning potential, and more. Adults need the challenge of integrating their life with someone very different from themselves — a member of the opposite sex. Children need the influence of a mother and a father.
Third, the integrity of moral tradition as a whole is at stake. Apart from its impact on family life, government endorsement of gay marriage undercuts other, seemingly unrelated beliefs about right and wrong, because those beliefs  derive from the same authoritative source. It calls into question the whole authority and structure of traditional morality. Our confidence in this tradition gives us strength to face moral challenges in every area of life. Government-imposed gay marriage makes it harder for us all to be as good as we would wish.
Your thoughts? 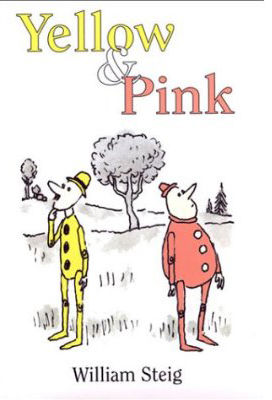 Dangerous for Children! Obtain ASAP!
archives most recent
More from Beliefnet and our partners
previous posts