The Wesleyan Quadrilateral Step by Step 5 (by T) 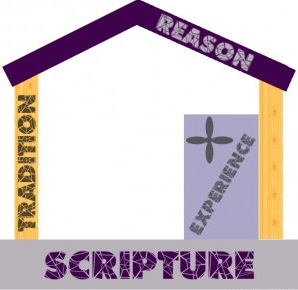 I want to thank “T” for this splendid series.

Our final post on how we build our theology, using Wesley’s Quadrilateral as an outline, focuses on “Scripture.”  For this discussion, I’ve opted to use pieces of a conversation that started here and continued via email between myself and frequent Jesus-Creeder and pastor (and all-round gracious guy), Matt Edwards.  Matt mentioned in this thread (comment #10) his own experience of raising a thorny issue with his church, cessationism, and summarized the reasons he gave for his views.  Both the doctrine of cessationism and the reasons Matt gave for his belief in it, provide, I think, a very interesting context for discussing how we use scripture in conjuction with reason, experience and tradition to build our theology.  Hopefully we can all step back a bit from our own conclusions on this specific issue to evaluate how exactly we use scripture in arriving at our conclusions on this and other issues.

As you read the conversation that follows, let’s try to pay attention to what role scripture plays in each of our thinking, and ask what does it mean for scripture to have “primacy” among the members of the Quadrilateral, not just for Matt and myself, but for anyone.  Or does this conversation show that “prima scriptura” is either a mistake, or, as I’ve said about “sola scriptura,” a mirage we cannot ever reach?  Does the existence and/or frequency of explicit teachings and examples in the scripture matter for how much primacy we give to scripture in a given theological issue?  (It’s harder to give primacy on issues where scripture is silent, for instance, or is it?)  Does location and role in the NT vs. OT matter?  How do we let the forest of scripture (the larger narrative) as well as the trees (specific examples and commands) have appropriate sway?  When should tradition, reason, and/or experience play the primary role in building our thinking about God?

What jumped
out to me about Matt’s comment and started our conversation was his summary of
what he said to his congregation: “I said something along the lines of ‘I can only teach the
Holy Spirit as I have experienced Him, and gifts like speaking in tongues and
prophecy have not been a part of my spiritual experience, or the spiritual
experience of any of my mothers and fathers in the faith. If the ‘sign gifts’
are a normative part of the Christian experience today, then my experience has
not been normative and I have nothing to say on the topic. But I don’t feel
like that is the case.'”

My response question was whether he
really only taught what he has experienced, to which he replied very graciously,
saying that his first summary didn’t come across quite right:

interested in how I justify my position with Wesley’s Quad, here it is.  I am with Gordon Fee on interpreting 1
Corinthians 12-14. In seminary, I wrote a paper debunking my alma mater’s
position on 1 Corinthians 13:8-13. The argument that the Greek telos (“the
perfect” in >> 13:10) refers to the Bible is very weak. . . .
However, I don’t think the Pentecostal exegesis of 1 Cor 12-14 wins the day for
their position. I think that history speaks against them, and its testimony is
solid.  . . .Even if one grants
that the [sign] gifts [such as tongues, healing and prophecy] were present in
fringe groups [in Church history], this is a far cry from the charismatic
position that they are normative. If these gifts are normative parts of
Christian congregations, then I think we have to say that most Christian
congregations throughout history have not had normative experiences.  When I combine the argument from
history with my own experience, I have to agree with the cessationist camp.  So, what do I do with the Bible and
reason? Well, I think there is biblical support for the cessationist position.
Specifically, the argument that speaking in tongues was a sign to confirm Jews
in their unbelief seems pretty sound. I think this is what Paul was getting at
in 1Cor 14:20-26. Prophecy as a “sign for believers” convinced people
to believe. Tongues as a “sign for unbelievers” confirmed them in
unbelief. Paul ties both to Isaiah 28:11-12. If tongues and prophesy were
“signs” to the Jewish people that God was at work in the church, they
would not have been needed and we would expect them to pass away after the
destruction of the Temple in AD 70.
Interestingly enough, Paul uses the word telos in the context of
judgment on Israel in 1 Thess 2:16. Could telos in 1 Cor 13 refer to the
destruction of the Temple? Maybe. But that view introduces new problems, too.
Either way, historically, this seems to be what happened.  I admit that my decision in this area
is based primarily on experience, but I also think the historical argument for
my position is strong. The biblical support, though not conclusive, is there. Anyway,
thanks for exploring these themes. Like I said, because my position stems from
experience, I am not dogmatic about it. I could very well be wrong.”

After thanking Matt for his reply and
grace and explaining how it was the use of the Quad I wanted to think about
using our respective views on cessationism as an example, I replied as follows:

Concerning
“normative” I have several questions. First, do the NT examples
figure in to your concept of what’s “normative” and if so, how?  What about the global church today? . .
.  But at a deeper level, how much
does or should our theology really [rise or] fall on what has been or is
“normative” anyway?  I’m
thinking along a few lines.  One,
Paul says he’s grateful that he speaks (presumably here, prays) in tongues more
than the entire Corinthian church . . .[.]  Whose experience do we take as “normative” even in
the context of Paul’s ministry to Corinth?  Paul’s or the Corinthian church or something else?  (I ask this, by the way, as a person
who believes in all the gifts, but has never spoken in tongues.  Healing, yes; prophecy, yes, but not
tongues, but my wife prays in tongues in private routinely.)  And two, if it is possible for a church
to “despise” prophecies, or to explicitly or implicitly
“forbid” tongues, or even fail to love our brothers, let alone fail
to love strangers and enemies in a way that we give our money or even blood to
them, do you see any problem with turning the descriptive of
“normative” into the prescriptive for all kinds of issues, not just
the gifts?  . . .  In a similar vein, Paul says he’d like
for the whole church to prophesy and encourages (commands) them to
“earnestly desire” and seek that gift in particular (and not as a
“sign” but as part of love–because it builds up the church).  I wonder, what happens if they don’t do
that?  Does prophecy just happen in
their church anyway?  I tend to
doubt it would, both from the implication of the text and my own experience, at
least not so much that it becomes “normative.”  In any event, it seems that whatever
level or quality of prophecy they were experiencing in Corinth wasn’t what Paul
would have held up as “normative” in the prescriptive sense [and that
responsibility for seeking a new ‘normal’ rested with them.]  How do we figure all that into how we
try to determine what should be “normative” today?  . . .  I’m concerned that human nature and cultural bias will have
more than its fair share of influence, which would account for a lot of the
difference of experience between the western church and the global church.

And that gets
to my last concern on this issue, which is part of the continuing (and welcome)
influence of the reformation on me as I seek to build my theology via the
Quad.  We have not one or two, but
multiple commands, teachings and examples in New Testament regarding use of the
Spirit’s gifts, including especially the ones that many say have ceased.  . . . How airtight should the evidence
in our experience and/or tradition have to be to justify a conclusion that a
combination of explicit commands, teachings and examples in the NT don’t apply
to us anymore, or only apply in a drastically different sense?  I’m a lawyer, so in legal terms, what
burden of proof should we place on indirect scriptures, experience and
tradition that we may use to override or gut the several explicit commands,
teachings and examples?  Something
akin to “clear and convincing?”
Or “beyond reasonable doubt?”  Even at those levels, it seems like scripture has lost its
primacy and authority to correct our theology.  I can’t help but think that cessationism therefore represents
an antithesis of even a prima scriptura approach to theology, let alone an
attempted sola scriptura approach.
I know of no other doctrine, short of total liberalism and its
relatives, that makes as many portions of the New Testament irrelevant to
today’s church or gutted of their original applications based on so few indirect
scriptures and the other members of the Quad.  Would conservatives actually advocate a similar approach to
theology in other areas?  If not,
why the difference?

Finally, I’m
thinking of the period of the reformation.  Many things had become “normative” for Christianity
just before the reformation.  But
the reformation is the movement that says that scripture must be primary and
corrective to the other quads for building our faith and practice.  Not coincidentally, several of the
so-called sign gifts became “normative” among the Anabaptists in this
period, just as they have popped up in multiple missionary and revival
movements before and since.  I
can’t help but think that the tendency of the early Anabaptists to thoroughly
pursue and implement so many of the reformation’s themes (along with the
radicalism of the early Quakers, and early Methodists, etc.) operated as a kind
of faith, a kind of “seeking” that Paul encouraged in Corinth.  As with all renewal or reform
movements, they let scripture and its stories (re)determine
“normative” for them and their experience changed as a result.  I feel like that’s the soul of
preaching in conservative churches, except on this issue. It seems to be the
heart of what it means to let scripture have “primacy” in forming our
thinking about God.