The parables of Jesus summon us to the edge of the world in order to imagine a world that can only be called “kingdom.”

Parables are more than illustrations and more than stories making a point. Instead, they invite us into a storied world that has the power to transform the one who enters the storied world.
Jesus invites us to imagine a world where forgiveness shapes relationships. (Read the parable after the jump.)
Forgiveness, C.S. Lewis once observed, is a lovely idea until you have something to forgive. So true.
But a world shaped by forgiveness is a shalom and love world. So, kingdom world. So Jesus.
The debt in this parable is incredible, so the storied world invites us to imagine a staggering story. The “king” is not a simple analogy of God. Instead, we are to enter the story to hear the whole story, to see the whole story, and to let the wholeness impact us. God stunningly forgives us of staggering debt, and God disapproves of those who fail to live out graciousness and forgiveness toward others.
As Klyne Snodgrass puts it: “The kingdom comes with limitless grace in the midst of an evil world, but with it comes limitless demand” (72). [Stories With Intent: A Comprehensive Guide to the Parables of Jesus

18:23 “For this reason, the kingdom of heaven is like a king who wanted to settle accounts with his slaves. 18:24 As he began settling his accounts, a man who owed ten thousand talents was brought to him. 18:25 Because he was not able to repay it, the lord ordered him to be sold, along with his wife, children, and whatever he possessed, and repayment to be made. 18:26 Then the slave threw himself to the ground before him, saying, ‘Be patient with me, and I will repay you everything.’18:27 The lord had compassion on that slave and released him, and forgave him the debt. 18:28 After he went out, that same slave found one of his fellow slaves who owed him one hundred silver coins. So he grabbed him by the throat and started to choke him, saying, ‘Pay back what you owe me!’ 18:29 Then his fellow slave threw himself down and begged him, ‘Be patient with me, and I will repay you.’ 18:30 But he refused. Instead, he went out and threw him in prison until he repaid the debt.18:31 When his fellow slaves saw what had happened, they were very upset and went and told their lord everything that had taken place. 18:32 Then his lord called the first slave and said to him, ‘Evil slave! I forgave you all that debt because you begged me! 18:33 Should you not have shown mercy to your fellow slave, just as I showed it to you?’ 18:34 And in anger his lord turned him over to the prison guards to torture him until he repaid all he owed. 18:35 So also my heavenly Father will do to you, if each of you does not forgive your brother from your heart.” 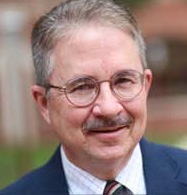