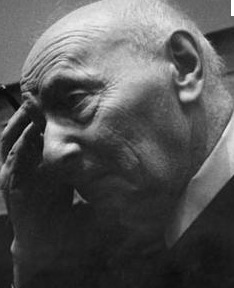 Most of us have favorite authors, and it is not uncommon for us to fall heads over heels in love with the author only to meet the author or read about the author and to discover the author was a creep or a jerk or far less than we had hoped. We could broaden our vision here and say the same about professional athletes — I wouldn’t cross the street to meet Michael Jordan, for instance.

We vary on this: what I might put up with in someone is what might turn you off completely and what I can put off you may found unacceptable, and if we were to survey readers and admirers and fans we’d fine variety on those we’d tolerate and still enjoy and those we find insufferable. I relished reading Dorothy Sayers, was entirely shocked to learn that she handed off her son to someone else, but kept on reading her nonetheless. Nor will I stop reading her stuff.
One of our approaches is to distinguish the author (and character) from the author’s works. I never had any allusions of purity about Tiger Woods, was still surprised at the extent of his corruption, but I like to watch him play golf. Very few of us will write off someone and entirely ignore their works — be they in the world of writing or acting or sports — just because of what we know about them.
Who has some thoughts about author and character? What does the conflict or disparity between author and character teach us?
Which brings me to, drumroll please, I.B. Singer, or more completely, Isaac Bashevis Singer, that great Yiddish storyteller. Singer’s prose and storytelling are world class; his character shady.

Ever since I read about Singer in Joseph Epstein’s Pertinent Players: Essays on the Literary Life

, I’ve wanted to “meet” the man more directly, as in reading his stories or a good biography. On top of that, he’s often quoted or cited or alluded to as if one ought to know who he is. So, recently I began reading The Collected Stories of Isaac Bashevis Singer

and I really like what I’m reading … and that meant I wanted to know more, so I got Florence Noiville’s Isaac B. Singer: A Life

. Where I did learn more, and sometimes more than I wanted, but her biography is sober and appreciative without being hagiography or cover-up.

Singer came from a pious family — father a Hasidic rabbi with deep roots, even back to Baal Shem Tov, and a deep reading mother. Poland was suffering, and then came the German rise, and then they got separated and his brother took off for America where his brother, Israel Joshua Singer, began a successful writing career — only to die too young. I.B. Singer waited a while, and then came to the USA — meeting up with his brother before he died and abandoning a woman and his son (who became, eventually, a successful journalist in the Land of Israel). Singer’s career in the USA floundered; he got married; he was famously unfaithful; his career began to take off when Saul Bellow translated “Gimpel the Fool” and Singer never thanked Bellow and was deeply envious when Bellow was awarded a Nobel — but Singer got one later. 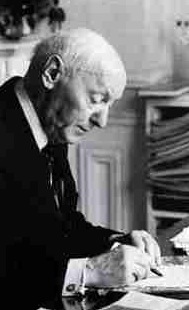 Singer was a brilliant writer who wrote in both Yiddish and in English.
The Yiddish speaking and writing establishments didn’t like Singer because he had too much sex in his (pious) Yiddish world creations and because they thought he was co-opted by the English-reading public, where he made lots of money and acquired fame. He collected a “harem of translators” and we are led to believe not all of those translators simply translated. He didn’t seem to have a bone of loyalty in his body, except to his writing craft and to his career.
And yet … his stories are beautiful, sensitive probings of the inner world of the Yiddish, of the piety of Hasidism, of the conflict of belief in God with the utter bleak realities of suffering and injustice. Humans in his stories are like Singer — torn between loves. What makes Singer both so powerful as a writer and so difficult as a person is that he loved both loves and not just one.

Are We Ungovernable?
archives most recent
More from Beliefnet and our partners
previous posts