By Scot McKnight
The heart of the summer brings out some great flower colors.

Jim Martin’s reflections on a retreat.
Should Christians align themselves with a political party? Allan Bevere asks and discusses.
Geeding about being gray.

Karen, with her nose on the mend, on the 700 Club.
Chaplain Mike on “evangelical” and “postevangelical.”
Don Johnson’s Sabbath experiment.
Josh provides a nice reading list on religious diversity.
Lauri Lebo on creationist rumblings in Louisiana.
Jonathan D. Fitzgerald reports on evangelical conversions to Catholicism: the trend continues.
History of Christian Hipster music … check this out.
This week’s news gaffe: “Chelsea Clinton is set to marry her fianc? Marc Mezvinsky next weekend in New York and the wedding has been given a lot of attention for a lot of different reasons. Now faith and religion are values that the Clintons have always at least claimed to hold dear which has sparked some interesting debate about the interfaith marriage of Chelsea Clinton. She was raised Mormon and her fianc? Marc Mezvinsky is -if you haven’t guessed from his name- Jewish with a Methodist mother and a Southern Baptist father. No one knows if Chelsea plans to convert and how they plan to deal with this interfaith marriage and how they plan to raise their kids.” Wow, Bill and Hillary are Mormons? And Marc has a Methodist mother and a Southern Baptist father but is Jewish?
Down in the Land of Oz, debate about how to use the Bible in politics.
Did you see the story about the ghetto ballerina?
Meanderings in the News
1. Disparity between different races on swimming skills.
2. Galen Strawson’s philosophical discussion about free will and determinism: “On the steps of the store, someone is shaking an Oxfam tin. You stop, and it seems quite clear to you — it surely is quite clear to you — that it is entirely up to you what you do next. You are — it seems — truly, radically, ultimately free to choose what to do, in such a way that you will be ultimately morally responsible for whatever you do choose. Fact: you can put the money in the tin, or you can go in and buy the cake. You’re not only completely, radically free to choose in this situation. You’re not free not to choose (that’s how it feels). You’re “condemned to freedom,” in Jean-Paul Sartre’s phrase. You’re fully and explicitly conscious of what the options are and you can’t escape that consciousness. You can’t somehow slip out of it.”
3. Peter Whoriskey and Detroit’s automakers: “Among workers building the Jeep Grand Cherokee here, there are few obvious distinctions. Clutching lunch sacks and mini-coolers, they trudge together through the turnstiles at the plant’s main gate each day to tinker with the same vehicles, along the same assembly line, performing the same tasks. Yet they fall into distinctly unequal classes: About half make $28 an hour or more, while the rest, the recently hired, make $14.”
4. Adam Liptak on Justice Roberts’ court: “If the Roberts court continues on the course suggested by its first five years, it is likely to allow a greater role for religion in public life, to permit more participation by unions and corporations in elections and to elaborate further on the scope of the Second Amendment’s right to bear arms. Abortion rights are likely to be curtailed, as are affirmative action and protections for people accused of crimes.” 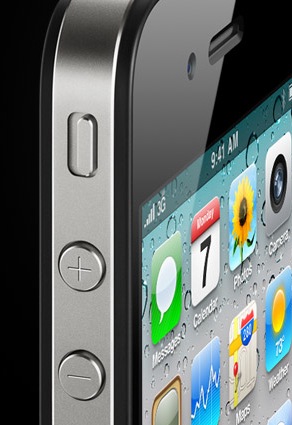 5. Global (economic) warming in India: 35 dollar computers!
Newsbreak: Jailbreaking and hijacking iPhones is now legal: “The Copyright Office also renewed and expanded its 2006 decision allowing mobile phone users to jailbreak their phones in order to switch carriers. Previously, the office allowed firmware updates to enable network-switching; this week, it added a provision allowing software hacks as well. In other words, iPhone users can now legally download software that will enable their phones to join a non-AT&T (T, Fortune 500) network.”
6. Sarah Lyall, reporting on Britain’s de-centralization of the National Health Service: “Practical details of the plan are still sketchy. But its aim is clear: to shift control of England’s $160 billion annual health budget from a centralized bureaucracy to doctors at the local level. Under the plan, $100 billion to $125 billion a year would be meted out to general practitioners, who would use the money to buy services from hospitals and other health care providers.”
7. These are some cool organisms. Eco-aging.
8. Daniel Gilbert and a wrongologue: “Witness, for instance, the difficulty with which even the well-mannered among us stifle the urge to say ‘I told you so.’ The brilliance of this phrase . . . derives from its admirably compact way of making the point that not only was I right, I was also right about being right. In the instant of uttering it, I become right squared, maybe even right factorial, logarithmically right — at any rate, really, extremely right, and really, extremely delighted about it.”
9. Incredible story — did you hear about it?
10. Good investment.
Meanderings in Sports
Not much happening here; Cubs began the post All-Star season well and have flubbed a bit now. I’m thinking it is good the Bears are about to begin training.
read next post 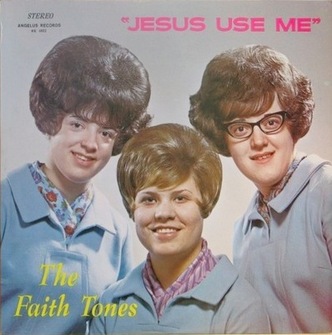 Did this band sing in September?
archives most recent
More from Beliefnet and our partners
previous posts