Greetings this Saturday from our friends the puffins!

A beauty about Harper Lee by Karen.
Another beauty about life by Don.
My colleague, Justin Topp, has a nice post at BioLogos.
Kevin, in Ireland, lays down some observations about universalism.
Brett, on whether missions have become too “deed”centric.
Erika’s sad-good news story.
Josh meanders into Paul’s thorn in the flesh as addiction.
JR. Briggs on thinking well.
Bill Donahue reflects on developmental ministries.
Meanderings in the News

1. Sam Dillon, on increased spending at American universities for non-educational dimensions of campus life: “This is the country-clubization of the American university,” said Richard K. Vedder, a professor at Ohio University who studies the economics of higher education. “A lot of it is for great athletic centers and spectacular student union buildings. In the zeal to get students, they are going after them on the basis of recreational amenities.”
2. John Mark Reynolds on whether all religions are the same, and he’s got a dead-ringer: “Most great religions are mostly right, but “mostly” is not good enough. Making an error in physics, even a small one, can be fatal to the body. Making a metaphysical error, even a tiny one, can be fatal to the soul.”
3. Dana Milbank giving AZ governor an earful: “Jan Brewer has lost her head. The Arizona governor, seemingly determined to repel every last tourist dollar from her pariah state, has sounded a new alarm about border violence. “Our law enforcement agencies have found bodies in the desert either buried or just lying out there that have been beheaded,” she announced on local television. Ay, caramba! Those dark-skinned foreigners are now severing the heads of fair-haired Americans? Maybe they’re also scalping them or shrinking them or putting them on a spike. But those in fear of losing parts north of the neckline can relax. There’s not a follicle of evidence to support Brewer’s claim.”
4. Sad true and almost hopeful story.
5. Illinois makes California look like the National Review: “Just two weeks after Illinois Gov. Pat Quinn chopped $1.4 billion from the budget, the cash-strapped state is turning to the debt markets to get it through the fiscal year.” 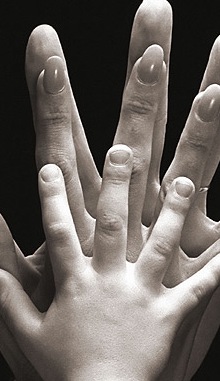 6. Richard Friedman: “For better or worse, parents have limited power to influence their children. That is why they should not be so fast to take all the blame — or credit — for everything that their children become.”
7. John Derbyshire gets it, and reminds me to utter once again that we need to bring back shop classes in middle and high schools: “According to that New York Times report, though, the summer internship may become an endangered species; according to the CIS report, lower-level summer jobs already have, thanks to reckless immigration policies. What seems to be going on here is a war against the notion that any American citizen should do any kind of non-academic work before the age of 25 — before, that is, a college degree and a couple of years of law school have been completed. Nor was physical labor always thought shameful. In the older American ideal, which is now as dead as the one-room schoolhouse, physical labor was held to have a dignity to it. Even elites believed their youngsters would benefit from a taste of it.”
8. Alan F.H. Wisdom, in CT, offers an assessment of the immigration issues: “Everyone agrees that immigrations laws need reform, but many Christians believe that no significant reform can take place until this step is taken first. Granted, we will not solve the immigration problem by deporting ten million people or severely limiting immigration quotas. But neither will we solve it by handing out ten million green cards or first liberalizing procedures for legalization or citizenship. The priority of immigration enforcement is not emphasized by many Christian leaders today, but the concern is shared by millions of Christian citizens. This concern is also a Christian point of view, which deserves to be heard and respected.”
9. D.B. Hart needs to stick to philosophy and history of ideas, for this statement is blatantly silly and sentimental, and I say this as one who thinks baseball is grand: “My hope, when all is said and done, is that we [USA] will be remembered chiefly as the people who invented–who devised and thereby also, for the first time, discovered–the perfect game, the very Platonic ideal of organized sport, the “moving image of eternity” in athleticis. I think that would be a grand posterity. I know there are those who will accuse me of exaggeration when I say this, but, until baseball appeared, humans were a sad and benighted lot, lost in the labyrinth of matter, dimly and achingly aware of something incandescently beautiful and unattainable, something infinitely desirable shining up above in the empyrean of the ideas; but, throughout most of the history of the race, no culture was able to produce more than a shadowy sketch of whatever glorious mystery prompted those nameless longings.”
10. What’s the best news item you read this week?
Meanderings in Sports
Jason Whitlock gives Jesse Jackson a deserved rebuke.

Are Christians Really....? 6
archives most recent
More from Beliefnet and our partners
previous posts