Was Bonhoeffer an Evangelical? 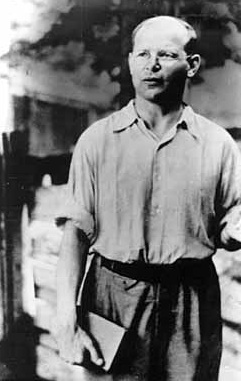 Interesting question. I’d say “No.” I’d “label” him as orthodox, Protestant, German, Lutheran, Pietist. The evangelical movement is more or less the Reformed side of the Reformation than the Lutheran side. (Though the German Lutherans themselves call themselves “evangelisch” in German.)

What about you? Would you say Bonhoeffer is an evangelical?
Added question: If Bonhoeffer were alive, which denomination would he be a part of?
Eric Metaxas, author of a wonderful new biography of Bonhoeffer (Bonhoeffer: Pastor, Martyr, Prophet, Spy

),  thinks Bonhoeffer could be seen that way. Here’s a clip from the CT interview:

Would you describe Bonhoeffer as an evangelical? What distinguished his views from the prevailing liberal theology of his professors, including Adolf von Harnack?

That is what’s so amazing. Bonhoeffer is more like a theologically conservative evangelical than anything else. He was as orthodox as Saint Paul or Isaiah, from his teen years all the way to his last day on earth. But it seems that theological liberals have somehow made Bonhoeffer in their own image, mainly based on the fact that he studied at Union Theological Seminary in New York, and that he wanted to visit Mahatma Gandhi, and that he used the phrase “religionless Christianity” in a letter.

But if you look deeper, you’ll see that this view is somewhat misleading. For example, by the phrase “religionless Christianity” Bonhoeffer meant only that the dead religion that was passing for Lutheran Christianity in Germany before the war had failed [his generation]. Bonhoeffer knew that for Christianity to be more than religion–more than a fig leaf–it had to declare Jesus as Lord over everything, not just the religious sphere.

I don't mention music often but... Josh Fox
archives most recent
More from Beliefnet and our partners
previous posts