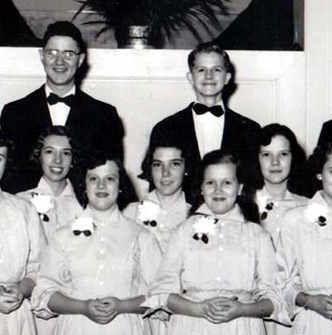 Here’s what would probably be said by conventional culture: “rapture.”
What words are you hearing? What “eschatology” do you think evangelicals have?
Steve Wilkens and Don Thorsen, both profs at Azusa Pacific, have a new book that takes on misperceptions of evangelicals. I like the title: Everything You Know about Evangelicals Is Wrong (Well, Almost Everything): An Insider’s Look at Myths and Realities

.
What this book shows to me is that evangelicals have done a poor job educating the public and culture what it really believes, and instead have allowed a minority viewpoint to become the defining term. Here are some of their claims:

1. Prior to the 19th Century virtually no Christian thinker believed in the “rapture” theory. [The rapture theory, or secret rapture theory, teaches that the Church will be taken into the sky prior to the Great Tribulation and will be in (what I often call) a holding pattern until the Second Coming when the Church will descend with Christ to the earth and populate the millennium.]

2. Today the majority of Christian in the world do not believe this, and here they are including RCC and Eastern Orthodoxy and Protestants.
3. Most Prots today don’t believe in the rapture.
4. Even among evangelicals, they argue, this view is not as prevalent as it once was. In fact, Luther and Calvin and Wesley and Whitefield and Edwards did not believe this. They were amillennialists — they believed the Church age was the fulfillment of the “millennial” image of Rev 20. Some, like Hodge and Warfield, were postmillennialists, which means they saw a Christianization of the world. [I see a trend of this at times among the optimistic among some today.]
5. The Council of Ephesus in 431 condemned belief in a literal kingdom on earth.
The point being made here is simple: evangelicals and Christians, as a vast majority, don’t believe the rapture theory.
Instead, the Christian position has been the Second Coming (and there’s no rapture in this belief), the resurrection, the kingdom of God/reign of God, and eternal life. That’s what we agree on; all evangelicals believe such things.
read next post