So what does “empire” mean? 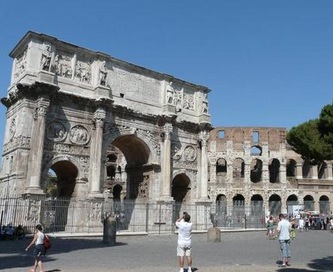 Today one of the most evocative terms to use, especially as a one-word put down, is the word “empire.” Very few define it. Most connect it with Constantine. Most are using to defend Leftist politics and use it to critique Rightist politics, and then Jesus is brought in to defend … and it’s all so suspicious. And I have to admit that I’m inclined to believe the empire criticism of today’s scholars because of my own Anabaptist beliefs. But those beliefs have to be checked against what the NT teaches, not what I’d like to use it to say.

Do you think this is how the Left uses the term “empire”? What do you think “empire” means when its used in biblical, theological and colonialist studies?
So, I came across a recent definition … well one intelligent person’s (Daniel Pipes‘) riff on the meaning of the term in political (and theological) discourse:

What the Left opposes: The prime enemy is something called “Empire” (no definite article needed), a supposed global monolith that dominates, exploits, and oppresses the world. Sternberg summarizes the Left’s all-embracing indictment of Empire:

People live in poverty, food is contaminated, products are artificial, wasteful consumption is compelled, indigenous groups are dispossessed, and nature itself is subverted. Invasive species run rampant, glaciers melt, and seasons are thrown out of kilter, threatening world catastrophe.

Empire achieves this by means of “economic liberalism, militarism, multinational corporations, corporate media, and technologies of surveillance.” Because capitalism causes millions of deaths that a non-capitalist system would eliminate, it also is guilty of mass murder.

The United States, of course, is the Great Satan, accused of hoarding disproportionate resources. Its military oppresses the poor so its corporations can exploit them. Its government promotes the pretend danger of terrorism to aggress abroad and repress at home.

Constitution or Conversation? (RJS)
archives most recent
More from Beliefnet and our partners
previous posts