Christ and the Dragons 1 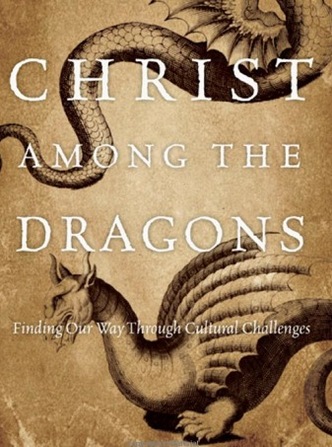 James Emery White thinks evangelicalism is teetering over a precipice. Or, put in his words about the evangelical world he once knew, “that era of evangelical faith in America is now gone.” Perhaps that is fine, he adds. What he fears is that the “heart of evangelicalism itself is fading. And fading fast” (17). He points to what some are worried about: the loss of a shared social agenda or the fragmentation of the coalition of evangelicals during the Billy Graham era and the parachurch movement — an excellent and important observation. What such folks are missing, however, is the real issue: we are not in a post-evangelical America but in a post Christian world.

In your view, what are the most pressing issues facing evangelicalism today? Does it even matter? Has evangelicalism collapsed? Has it died and are we awaiting its official obituary? Or are there signs of renewed vigor and a new life?

So, in his new book, Christ Among the Dragons: Finding Our Way Through Cultural Challenges

, James Emery White focuses on four themes: truth and orthodoxy, cultural engagement and evangelism, community and civility, and the identity and character of the church. These, he thinks, are issues starting at the American evangelical church. Join us in this new series of posts about White’s book.

Why “dragons”? Because on ancient maps, when some mapmakers came to the borders of their knowledge, beyond which locations they didn’t know, they would write “Dragons be here.” This is a book about the borders of the Christian Church.

His first chapter is about “truthiness” — the sense that truth is there but truth is what truth is for me. He swipes this word from its use by Stephen Colbert. Facts don’t matter; heart matters. We frame what we think truth is and we can frame it despite the facts.

Truth, then, is a major issue when it comes to the survival of evangelicalism. He pushes against the scientist’s belief that religion belongs to one realm and science to another, but what he sees often in that claim is the scientist’s underhanded assertion that religion does not belong to the realm of truth and knowledge.
Three theories of truth: correspondence theory (truth is what corresponds to reality), coherence (truth is when a set of ideas, etc, cohere with one another), and pragmatic theory (truth is what works). White believes evangelicalism is rooted in and needs to recover a correspondence theory of truth. [This is a big issue; it’s hard to discuss in short compass; White’s treatment is a sketch.]
Then he pushes into Greek, Latin and Hebrew understandings of truth — a way of putting things that makes me nervous because this is an issue of spectrum not either/ors. But, he begins in a way that I like: “Those of us from the West tend to come to the Bible with a modernist, Enlightenment set of assumptions and expectations. Yet [the Bible] is a Hebrew book framed from a Hebrew mindset. So when we read Genesis and want to know how God created the world, we are never told. The narrative simply tells us that God did it, and it was good. When we superimpose our Western, Enlightenment questions on a Hebrew text that is largely storied in content, we fall short of capturing the full nature of its truth” (35).
read next post
The Future of Denominations
archives most recent
More from Beliefnet and our partners
previous posts