Great is the Lord 4

Ron Highfield’s new book, Great Is the Lord: Theology for the Praise of God

, sketches the “Trinity” as well as I’ve seen for an introductory text.

I believe this: Evangelicals will denounce anyone who denies the Trinity. Evangelicals have developed a theology that simply doesn’t need the Trinity. So, yes, they believe it; but it has almost no impact on evangelical theology — in the trenches of churches. (Not all, of course.)
So my claim: Most of Western evangelicals are functionally heretical. Most have a rhetoric for theology that has little room for the Trinity. Christ is God — and this gives them grounds for a satisfaction theory of atonement. But a genuine Trinitarian framing of theology is mostly gone.
Am I being too hard here? I don’t mean “confessing” the Trinity. I mean developing a theology where the Trinity shapes the theology.
Highfield seems to agree with me, but he casts his net wider:
“In liberal Protestant churches, confessing the Trinity has long since lost cognitive meaning, and liberal theologians, if they attend to the doctrine of the Trinity at all, treat it as a symbol pointing to something in religious experience” (104).
He goes further: “Even in confessional churches, those without robust teaching and preaching, traditional formulas become opaque and cease to illuminate the mind and stir the heart” (104).
Now to evangelicals: “many evangelical and conservative believers tend toward biblicism in their approach to doctrine, and thus they feel uncomfortable with the metaphysical language of the traditional creeds” (104).

If you are Trinitarian, this at least is true:

“everything God does is from the Father, through the Son, and in the Spirit. And every Christian response to God occurs in the Spirit, through the Son, and in the Spirit” (105).
Now he cuts into the reason why so many have learned to neglect the Trinity: “Western theology from the Middle Ages onward gives the impression that the doctrine of the Trinity, though true and important, could be left out without major revisions in the rest of the doctrine of God” (106).
The West emphasizes the Oneness and Essence of God. This emphasis has led to a widespread neglect of the Trinity.
So, what are we doing about this problem? 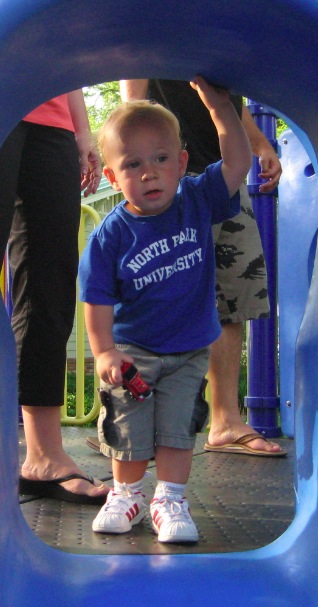