Michael Spencer, the iMonk, passed away and I hope you visit his blog and read the comments. Karen reflects on her interview with Michael.
We’re wondering here at the Jesus Creed blog if folks are listening to 24.7 and what they are thinking.

Questions people are not asking.
Questions people are not asking.
Questions people are asking (in South Africa).
Questions I asked that Bob is now asking.
Questions we need to be asking more.
Questions many have asked.
Derek Leman offers a very important reminder.
Michael Metzger on worldview and gospel in culture. (Excited about Q Conference.)
Ben Beyerly, Bill Black, evangelicalism and Africa.
Bob Cornwall forwarded me this proposal for a revival of progressive Christianity, and it’s fairly complete listing of what progressives believe. If you want to see their list of issues, here it is.
Rob’s “car”!
Brett’s claim.
TSK’s apology and clarification.
L.L. Barkat on writing.
Will Willimon on our calling.
LaVonne on our Sabbath calling.
A post of mine for Catalyst.
Meanderings in the News
1. At 99 this Ghanian graduated from college.
2. The Washington Post will soon begin moderating commenters on their articles into tiers of trusted and otherwise. Good idea. Better yet, spam commenters who are abusive. (HT: CAS) 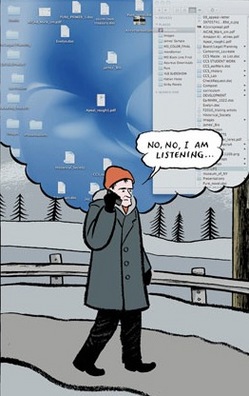 3. I’ve tasted coffee in a number of places, and Intelligentsia is still #1.
4. Unpaid internships: illegal?
5. Climbing out of recession: bailouts or start-ups? Thomas Friedman: “Message: If we want to bring down unemployment in a sustainable way, neither rescuing General Motors nor funding more road construction will do it. We need to create a big bushel of new companies — fast. We’ve got to get more Americans working again for their own dignity — and to generate the rising incomes and wealth we need to pay for existing entitlements, as well as all the new investments we’ll need to make. It was just reported that Social Security this year will pay out more in benefits than it receives in payroll taxes — a red line we were not expected to cross until at least 2016. But you cannot say this often enough: Good-paying jobs don’t come from bailouts. They come from start-ups. And where do start-ups come from? They come from smart, creative, inspired risk-takers. How do we get more of those? There are only two ways: grow more by improving our schools or import more by recruiting talented immigrants. “
6. Jessica Wakeman, on Elizabeth Gilbert’s book and the heated critique of her decisions and life: “If a man had published a book like Eat, Pray, Love, I firmly believe it would have been seen as an adventure story. But Gilbert pu
blished her book and she’s accused of navel-gazing and not sacrificing enough of herself or her time (what women are “supposed” to do). That Jezebel commenter was right — a lot of the criticism lobbed at Gilbert is gendered and unfair. And back when I believed Elizabeth Gilbert was an utterly obnoxious person, I’m not sure I was mature enough to realize this.”
7. Someone has to worry publicly about this every few months.
8. Chuck Colson: “Americans have by and large lost faith in their institutions, and the evidence is everywhere. According to a CBS News poll, at the beginning of the new millennium, 45 percent of Americans trusted government to do the right thing most of the time. Now less than a quarter do so. A January 2010 joint poll by NBC and The Wall Street Journal found that the percentage of people who view the President negatively has nearly doubled in a year’s time. Approval ratings for Congress were even lower: 21 percent.”
9. But David Brooks says “Because the fact is, despite all the problems, America’s future is exceedingly bright.”
10. Good piece on internet overload.
Meanderings in Sports
Congratulations to Duke and to UConn. Great teams and great seasons.
read next post

Speak Up! Media Bias about RCC?
archives most recent
More from Beliefnet and our partners
previous posts