We’ve been on Spring Break, and this is what I found this week … including a picture of Safety Harbor:

My links aren’t as complete as usual, but I have a few, and I want to alert you to a post coming later today by Matthew Elliott about Christians and emotions. (And thanks to IVP for the ad above: click on “Likewise” and check out the offerings.)
Sad news about World Vision in Pakistan.
A good pastor, a good author, and a good blogger — moves to Beliefnet. Check out Jazz Theologian.
Speaking of good theologians and scholars, Richard Bauckham now has a website for his stuff.
Yet another great theologian, and one of my favorites: John Stott story.
Tony Jones ran a series on his paper for the Society of Pentecostal Studies: Part one and the Conclusion (you can access the rest at this site).
Derek Leman has a nice collection of links for Passover.
Mother knows best … (HT: JT)
Ted Gossard on testing by the fruit.
David Opderbeck’s post at our site drew a response from Jay Richards.
Meanderings in the News
First read this: Ignoring the news. (HT: AR) 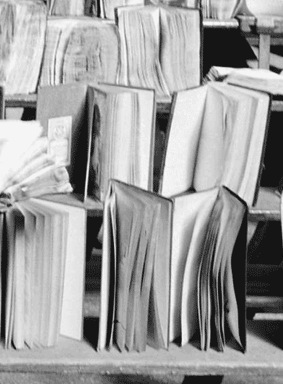 1. On building better teachers.
2. If your books get soaked … what to do? Freeze them!
3. Nick Kristof’s suggestion will appeal to the younger set.
4. Trends in insurance coverage?
5. Victor Davis Hanson on Obama’s foreign policies.
6. Biden, Obama, and Israel: “Bibi, you heard me say before, progress occurs in the Middle East when everyone knows there is simply no space between the United States and Israel,” Biden said. “There is no space between the United States and Israel when it comes to Israel’s security. And for that reason, and many others, addressing Iran’s nuclear program has been one of our administration’s priorities.” And then it happened.
7. Prostate cancer PSA testing, by the one who discovered PSA: “Even then, the test is hardly more effective than a coin toss. As I’ve been trying to make clear for many years now, P.S.A. testing can’t detect prostate cancer and, more important, it can’t distinguish between the two types of prostate cancer — the one that will kill you and the one that won’t.” And, if that wasn’t enough, Ablin closes with this: “I never dreamed that my discovery four decades ago would lead to such a profit-driven public health disaster. The medical community must confront reality and stop the inappropriate use of P.S.A. screening. Doing so would save billions of dollars and rescue millions of men from unnecessary, debilitating treatments.”
8. Robert Jenson on the loss of story.
9. Did you see this about Kansas City public schools?
10. The Midnight Knitter.
Meanderings in Sports
The most notable story of the week was the UConn’s women basketball team, now with a winning streak of 72 games.  One writer thinks they’re too good, but I don’t recall that being said about Johnny Wooden’s great teams. Gino has done an incredible job finding talent and coaching the talent into a unified team. One of the greatest sports teams ever.

read next post
Friday Night at the Movies: Star Trek
archives most recent
More from Beliefnet and our partners
previous posts