Late last week the BioLogos blog Science and the Sacred posted another video clip featuring NT Wright. In this clip he discusses the dating of Genesis 1-3 and what he sees as the impact of these texts on first century Judaism and the early Christians. This clip struck me as interesting in the context of our vigorous discussion of Brian McLaren’s new book “A New Kind of Christianity” on Monday as well as the context of our general discussion of science and faith.

How important is Gen 1-3 for understanding the gospel? which, of course, leads us to consider the question: What is the gospel of Jesus Christ?

Starting about 1:55 in the clip Wright says:

… the big story which is there is that humans are given their identity as wonderful creatures within a wonderful God-given world, and that nevertheless they blow it. That Israel was called to be the people through whom God would remake and redo that project and they had blown it as well, which kind of then sets you up for the question what happens next. And unless you’ve got that double picture in mind there is all sorts of stuff in Matthew Mark Luke John Acts, Paul, etc. which you just never understand.

The OT is essential to understand the gospel. The point of Genesis is not the age of the earth or the snake and tree. There is a functionality, a message, which transcends the literal narrative. Those who worry about dismissing Genesis as “ANE myth” do well to be concerned. There is a theme beginning in Genesis 2 and 3 – repeated many times throughout the OT – of failure and exile, failure and consequence. This is the backdrop for the story of the gospel.  Without this backdrop nothing makes sense.

The understanding we develop from studying God’s creation may change the way we interpret the framework for telling this story in Genesis – but it doesn’t change the story or the history leading up to the incarnation.

What do you think? What is the functionality of Genesis and how does it inform our understanding of the gospel? 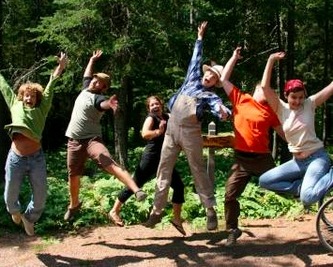