Eugene Peterson relentlessly chases an important idea in the opening part of his new book, Practice Resurrection: A Conversation on Growing Up in Christ

. That idea is the need to strip ourselves of the romantic, it’s-going-to-be-utopia versions of the church, and he makes it clear that you won’t find that perfection in those early churches either. Not even at Ephesus.

What do you think of his forthright presentation of the church as composed of embarrassingly ordinary people? How often do you present the church this way?

And he gets to the heart of a fundamental idea in our faith when he ties together the birth of Jesus and the birth of the Church:
“God gave us the miracle of congregation the same way he gave us the miracle of Jesus, by the Descent of the Dove.” And I love his next statement:
“It was a miracle that didn’t look like a miracle, a miracle in the form of the powerless, the vulnerable, the unimportant — not so very different from any random congregation we might look up in the yellow pages of our telephone directories” (25-26).
We see Christ as a scandal and a stumbling block; he wants to see the local church in the same way.
God could have chosen a different way: God could have chosen perfect people or made perfect people and set them down in a sinful world in a way that would show them up as so different, so perfect, and so glorious. God didn’t. That’s because that’s the way God wants it.
He sees his task as one to tell the truth that dazzles gradually.
To a congregation of “embarrassingly ordinary people” (28).
read next post 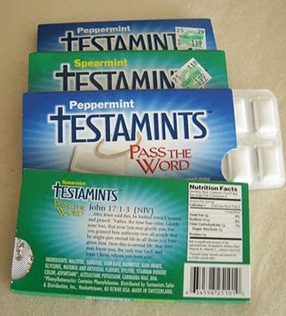