Of Fleas and Faith (RJS) 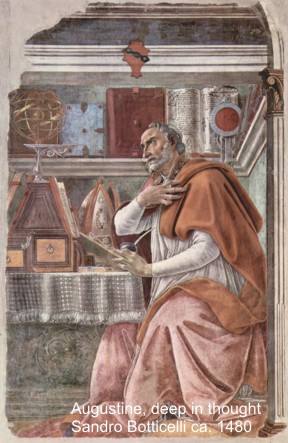 There were two interesting posts last week – on two very different kinds of blogs. The first on Jerry Coyne’s blog “Why Evolution is True,” where he scratches a flea, and the second, a response, on the BioLogos blog “Science and the Sacred,” where the flea responds.

A brief excerpt from Coyne – in reference to a post by Kent Sparks on accommodation in scripture:

Once again we see that modern theology is the art of turning empirical
necessities into spiritual virtues.  Except for a few dissenters like
Augustine and Calvin, the bulk of Christian theology up to the rise of
science in the sixteenth century involved seeing the Bible literally–in
its entirety.  Six-day creation, Noah, Adam and Eve–the whole megillah.
That held for cosmology, biology, and evolution.  It was only when
reason and empirical studies began to show phenomena in conflict with
scripture that theologians began to realize that the Bible was not
wholly inerrant.

Theology moves ahead not under its own steam, but by pressure from
behind by science and reason. And the “progress” it achieves is not some
clearer understanding of a spiritual reality, but simply a new kind of
doublethink that purports to reconcile the natural with the
supernatural.

Enns and Falk respond to Coyne pointing out that Christian thinking has always had a level of nuance and dialog. They conclude their response:

The message of Scripture reflects the cultures in which it is written,
yet we also believe it transcends those cultures. There is a delicate
balance but our best thinkers have always understood this. At BioLogos
we, and the many others like us, are simply responding to new
knowledge in the way that the Judeo-Christian tradition has long been
known to do.

I have some thoughts on Coyne’s post and the response – but first I’d like to open a discussion here. Read the two posts and offer your thoughts.

To what extent is Christian theology a final word, a “done deal,” and to what extent is it a living word – revised, reformed, restated in the wrestling and context of each succeeding generation?

Is Death Final? 2
archives most recent
More from Beliefnet and our partners
previous posts