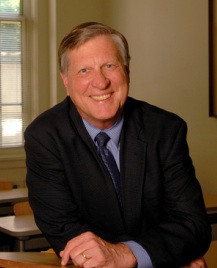 Tom Long takes on the many, many American manifestations of the gnostic impulse in his new book, Preaching from Memory to Hope

. Some will not like this as an example, but here it is:
“The old American revival hymn wonders about Jesus, ‘You ask me how I know he lives?’ The hymn’s answer breathes the claustrophobic air of American piety, ‘He lives within my heart.’ [And Tom Long’s response is priceless:] A small space indeed for the Lord of all time and space” (80).
True, there’s an “in here” dimension to genuine faith but it’s always because there’s an “out there.”
Tom Long adapts from others a list of factors at work when the gnostic spirit and the gnostic impulse arises and becomes attractive, and he’s in no doubt that is a total revision of the orthodox faith.

1. Christian tradition is viewed as basically untrustworthy.
2. Traditional Christianity fails the theodicy test.
3. Christian eschatology is implausible.
4. The core of the faith is worth saving.
5. Christianity needs a top-down revision not small corrections.
6. There is a hunger for more spiritual interpretation of Scripture.
7. Conviction that there is a profound difference between ordinary church people and those who deeply understand the spiritual truth of Christianity.
So he zeros in on Marcus Borg with this: “I do think his personal faith manifesto, recorded across several of his popular books, is not a fully adequate map for other Christians who seen an authentic faith today or for the larger church” (84-85). What Long finds is “not Jesus, but gnosticism” (85). He finds each of the seven in Borg, but this does not make Borg a gnostic.
So here goes:
1. For Borg, humanity is saved by knowledge.
2. For Borg, there is a focus on the spiritual inner self, the divine spark within.
3. For Borg, there is an antipathy toward incarnation and embodiment. [Extensive discussion.]
4. For Borg, there is an emphasis on present spiritual reality rather than eschatological hope, on the God of timeless truth rather than the God who will bring history to consummation.
By the way, Long thinks Borg’s “preEaster Jesus” has become his canonical Jesus, a point I will be making soon in a Christianity Today article. [I wonder if any readers want to examine Brian McLaren’s new book to see how many of the above seven categories it fits.]
So, a gnostic? To begin with, Long observes that the old orthodoxy still defines Borg because Borg’s work is a response to its categories. This point is very important, but can’t be developed. Buy the book and read the chp. Thus, he sees Borg as a combination of three features:
The piety of orthodoxy
The honest intellectual inquiry of liberalism
The spirituality of gnosticism.
Tom Long says Borg’s Jesus is too much like Marcus Borg himself.
The problem is that the first command to love God is mitigated; the God has become too much myself. And it mitigates loving the neighbor.
Gnosticism doesn’t just inflect the accent of our faith; it changes its grammar, distorts its memory, and makes it speak in a tongue alien to the gospel! (So Tom Long, 108.)