Is Football Too Dangerous?

A recent report in Time.com suggests so, and I personally believe it is … so what to do? More education about what is actually happening to the brain and more rules that prevent head injuries. What do you think?

Check this article clip out:

On Feb. 7, some 90 million people will watch the Indianapolis Colts play the New Orleans Saints in Super Bowl XLIV in Miami. Perhaps the Roman numerals are appropriate. Although football hasn’t quite reached the bloodlust status achieved at the ancient Coliseum, the path to Super Bowl XLIV is strewn with the broken bodies and damaged brains that result when highly motivated, superbly conditioned athletes collide violently in pursuit of glory. The more we learn about the human cost of this quintessentially American sport, the more questions are being raised regarding the people who run it and play it. More than 3 million kids play football at the youth level, and an additional 1.2 million suit up for their high school teams. So football’s safety issues reverberate far beyond the NFL. From within the NFL, and without, a consensus is emerging that reforms are needed to keep football from becoming too dangerous for its own good….
Repeated blows to the head, which are routine in football, can have lifelong repercussions. A study commissioned by the NFL found that ex-pro players over age 50 were five times as likely as the national population to receive a memory-related-disease diagnosis. Players 30 to 49 were 19 times as likely to be debilitated. Of the dozen brains of CTE victims McKee has examined, 10 were from either linemen or linebackers; some scientists now fear that the thousands of lower-impact, or “subconcussive,” blows these players receive, even if they don’t result in documented concussions, can be just as damaging as — if not more so than — the dramatic head injuries that tend to receive more attention and intensive treatment. 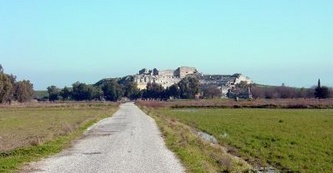