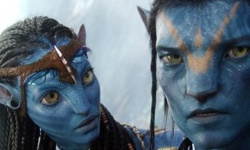 read next post
Friday Night at the Movies: The Book of Eli
archives most recent
More from Beliefnet and our partners
previous posts