I begin with an admission of some facts that may influence how I read this book: I am the son of a coach; my wife is the daughter of a coach; three of my brothers-in-law played Division I basketball; one of them is an Athletic Director and just resigned as a basketball coach after years of building a powerhouse; my brother-in-law was a coach as was Kris’ sister; their daughter competed in Division I sports as a track and field athlete and she is soon to marry an athlete, a football player who was close to making an NFL football team. I played high school sports: two years of football, two years of cross country, four years of basketball and four years of track and field. I played some college basketball. On top of this, I coached high school basketball at a lower level for ten years; our son, Lukas, played high school sports and then played college baseball and then played five summers in the Cubs organization. Now he’s a scout for the Cubs. Get the picture?
My temperament and by philosophy, I believe sports are about winning. I like to play golf and I love courses and I love the experience — it’s all fun — but I try to shoot as low a score as I can and I try to beat those with whom I play. Everytime. But…
What do you think: Are sports inherently contrary to Christian ethics? Is competition itself a distortion of the divine order of community and cooperation? Is Jesus the example or not? Was Jesus a “brawny jock”? Is competition the name of the game or simply the rules of the game?

CT’s piece is lifted from Hoffman’s opening salvo on the evangelicals and the rush to sports. What most interested me in this book was his chapter on “Christians and the Killer Instinct.” He contends that competition is both inherent to sports, and without competition sports cease being sports, and at the same time the most difficult element to align with the Christian faith.

The issue is pursuing one’s own interests without sympathy for anyone else’s. He’s asking about the killer instinct in light of the command to love others and to deny ourselves for the other. How can one compete, and do so with might and mane, and not deny those fundamental moral commands?
Victory can come only by defeat of the other. Sure, it’s a game, but in the context of a game then one must suspend sympathy and play to win — and in entering into that game one must suspend one’s sympathy or it’s no longer genuine competition. Many coaches prohibit fraternizing with the opposing team.
Team spirit easily blurs into animosity, and it is not rare to hear of a warrior mentality and even hating the enemy in sports talk and literature. And seeking to win leads to cunning and aggressiveness and deception. As a baseball coach, we tried to steal the other team’s signals — is that immoral? Or is it within the spirit and rules of the game? If within the rules, is it contrary to morals?
Does God want competition? Does God want competition redeemed? Competition is not simply internal, though it is more so in golf than in football. Competition is by nature relational and it is by nature about beating the other person.
Do you know Andrea Jaeger, the great tennis player, dropped tennis because she thought it was contrary to her Christian life? (She’s now an Episcopal nun — didn’t know that.)
read next post 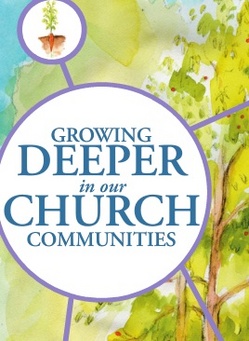