Well, folks, we’re coming round the bend to the final week of posts on Acts and Mission. (Our next series will be to go through the Psalms, and I will be using J. Goldingay: Psalms, Vol. 1: Psalms 1-41 (Baker Commentary on the Old Testament Wisdom and Psalms)

Paul has arrived in Rome [catacombs to the right], and the last descriptions of his missional work are provided. It begins with the communion of the saints:

28:11 After three months we put out to sea in an Alexandrian ship that had wintered at the island and had the “Heavenly Twins” as its figurehead. 28:12 We put in at Syracuse and stayed there three days. 28:13 From there we cast off and arrived at Rhegium, and after one day a south wind sprang up and on the second day we came to Puteoli. 28:14 There we found some brothers and were invited to stay with them seven days. And in this way we came to Rome. 28:15 The brothers from there, when they heard about us, came as far as the Forum of Appius and Three Taverns to meet us. When he saw them, Paul thanked God and took courage. 28:16 When we entered Rome, Paul was allowed to live by himself, with the soldier who was guarding him.

Paul is met — the believers come to him and usher him into Rome. One could, if one was inclined (as I am), to see this in terms of an entry into Rome the way the crowds of Romans greeted the emperor after a victory. Whether one does or not, the point I wish to make is this:
Paul’s missional vision and his missional work was strengthened by the fellowship he had with others and by the encouragement from others.
Paul was not alone. But soon he was: when he was imprisoned, he was permitted to live alone. One suspects, though, that Paul knew he was not alone.
read next post 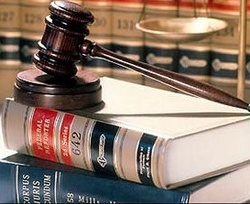 Law at the Jesus Creed: David Opderbeck
archives most recent
More from Beliefnet and our partners
previous posts