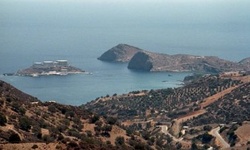 We’re skipping quickly through the journey narratives of Acts because our focus is on Paul’s missional work and missional theology, and traveling [Fair Havens to the right] … well it’s part of it because missional people travel. Paul gets an opportunity because he predicts disaster, and disaster comes; he gets more opportunity because of healing … he takes his chances.

But this shipwreck story is a gem of a story and so I’ll post the whole thing today:

Paul and Company Sail for Rome

27:1 When it was decided we would sail to Italy, they handed over Paul and some other prisoners to a centurion of the Augustan Cohort named Julius. 27:2 We went on board a ship from Adramyttium that was about to sail to various ports along the coast of the province of Asia and put out to sea, accompanied by Aristarchus, a Macedonian from Thessalonica. 27:3 The next day we put in at Sidon, and Julius, treating Paul kindly, allowed him to go to his friends so they could provide him with what he needed. 27:4 From there we put out to sea and sailed under the lee of Cyprus because the winds were against us. 27:5 After we had sailed across the open sea off Cilicia and Pamphylia, we put in at Myra in Lycia. 27:6 There the centurion found a ship from Alexandria sailing for Italy, and he put us aboard it. 27:7 We sailed slowly for many days and arrived with difficulty off Cnidus. Because the wind prevented us from going any farther, we sailed under the lee of Crete off Salmone. 27:8With difficulty we sailed along the coast of Crete and came to a place called Fair Havens that was near the town of Lasea.

Caught in a Violent Storm

27:9 Since considerable time had passed and the voyage was now dangerous because the fast was already over, Paul advised them, 27:10 “Men, I can see the voyage is going to end in disaster and great loss not only of the cargo and the ship, but also of our lives.” 27:11 But the centurion was more convinced by the captain and the ship’s owner than by what Paul said. 27:12 Because the harbor was not suitable to spend the winter in, the majority decided to put out to sea from there. They hoped that somehow they could reach Phoenix, a harbor of Crete facing southwest and northwest, and spend the winter there. 27:13 When a gentle south wind sprang up, they thought they could carry out their purpose, so they weighed anchor and sailed close along the coast of Crete. 27:14 Not long after this, a hurricane-force wind called the northeaster blew down from the island. 27:15 When the ship was caught in it and could not head into the wind, we gave way to it and were driven along. 27:16 As we ran under the lee of a small island called Cauda, we were able with difficulty to get the ship’s boat under control. 27:17 After the crew had hoisted it aboard, they used supports to undergird the ship. Fearing they would run aground on the Syrtis, they lowered the sea anchor, thus letting themselves be driven along. 27:18 The next day, because we were violently battered by the storm, they began throwing the cargo overboard, 27:19 and on the third day they threw the ship’s gear overboard with their own hands. 27:20 When neither sun nor stars appeared for many days and a violent storm continued to batter us, we finally abandoned all hope of being saved.

27:21 Since many of them had no desire to eat, Paul stood up among them and said, “Men, you should have listened to me and not put out to sea from Crete, thus avoiding this damage and loss. 27:22 And now I advise you to keep up your courage, for there will be no loss of life among you, but only the ship will be lost. 27:23 For last night an angel of the God to whom I belong and whom I serve came to me 27:24 and said, ‘Do not be afraid, Paul! You must stand before Caesar, and God has graciously granted you the safety of all who are sailing with you.’ 27:25 Therefore keep up your courage, men, for I have faith in God that it will be just as I have been told. 27:26 But we must run aground on some island.”

27:27 When the fourteenth night had come, while we were being driven across the Adriatic Sea, about midnight the sailors suspected they were approaching some land. 27:28 They took soundings and found the water was twenty fathoms deep; when they had sailed a little farther they took soundings again and found it was fifteen fathoms deep. 27:29 Because they were afraid that we would run aground on the rocky coast, they threw out four anchors from the stern and wished for day to appear.27:30 Then when the sailors tried to escape from the ship and were lowering the ship’s boat into the sea, pretending that they were going to put out anchors from the bow, 27:31 Paul said to the centurion and the soldiers, “Unless these men stay with the ship, you cannot be saved.” 27:32 Then the soldiers cut the ropes of the ship’s boat and let it drift away.27:33 As day was about to dawn, Paul urged them all to take some food, saying, “Today is the fourteenth day you have been in suspense and have gone without food; you have eaten nothing. 27:34 Therefore I urge you to take some food, for this is important for your survival. For not one of you will lose a hair from his head.” 27:35After he said this, Paul took bread and gave thanks to God in front of them all, broke it, and began to eat. 27:36 So all of them were encouraged and took food themselves. 27:37 (We were in all two hundred seventy-six persons on the ship.) 27:38 When they had eaten enough to be satisfied, they lightened the ship by throwing the wheat into the sea.

27:39 When day came, they did not recognize the land, but they noticed a bay with a beach, where they decided to run the ship aground if they could. 27:40 So they slipped the anchors and left them in the sea, at the same time loosening the linkage that bound the steering oars together. Then they hoisted the foresail to the wind and steered toward the beach. 27:41 But they encountered a patch of crosscurrents and ran the ship aground; the bow stuck fast and could not be moved, but the stern was being broken up by the force of the waves. 27:42 Now the soldiers’ plan was to kill the prisoners so that none of them would escape by swimming away. 27:43 But the centurion, wanting to save Paul’s life, prevented them from carrying out their plan. He ordered those who could swim to jump overboard first and get to land, 27:44 and the rest were to follow, some on planks and some on pieces of the ship. And in this way all were brought safely to land.

28:1 After we had safely reached shore, we learned that the island was called Malta. 28:2 The local inhabitants showed us extraordinary kindness, for they built a fire and welcomed us all because it had started to rain and was cold. 28:3 When Paul had gathered a bundle of brushwood and was putting it on the fire, a viper came out because of the heat and fastened itself on his hand. 28:4 When the local people saw the creature hanging from Paul’s hand, they said to one another, “No doubt this man is a murderer! Although he has escaped from the sea, Justice herself has not allowed him to live!” 28:5 However, Paul shook the creature off into the fire and suffered no harm. 28:6 But they were expecting that he was going to swell up or suddenly drop dead. So after they had waited a long time and had seen nothing unusual happen to him, they changed their minds and said he was a god.

28:7 Now in the region around that place were fields belonging to the chief official of the island, named Publius, who welcomed us and entertained us hospitably as guests for three days. 28:8 The father of Publius lay sick in bed, suffering from fever and dysentery. Paul went in to see him and after praying, placed his hands on him and healed him. 28:9 After this had happened, many of the people on the island who were sick also came and were healed. 28:10 They also bestowed many honors, and when we were preparing to sail, they gave us all the supplies we needed. 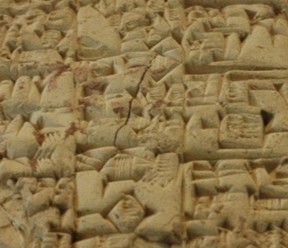