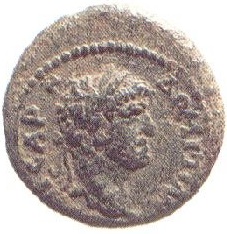 Paul’s passion is for everyone to see the light of the gospel in the face of Jesus Christ, and that means even Festus is in his circle of compassionate gospel preaching. Festus thinks Paul’s lost his mind with his belief in the resurrection as a gospel fully conversant with the Jewish Scriptures. But Paul asks him if he believes the Scriptures. Festus wonders aloud if Paul might not be trying to convert him right then and there, and so he says that very thing. To which Paul says: I wish everyone would see the truth of the gospel in Jesus.

I see here the heart of a missional man: using every opportunity to point people to Jesus Christ. The judgment is that he’s innocent; but he’s appealed to Caesar so he has to go to Rome for trial before Caesar.

26:24 As Paul was saying these things in his defense, Festus exclaimed loudly, “You have lost your mind, Paul! Your great learning is driving you insane!” 26:25 But Paul replied, “I have not lost my mind, most excellent Festus, but am speaking true and rational words. 26:26 For the king knows about these things, and I am speaking freely to him, because I cannot believe that any of these things has escaped his notice, for this was not done in a corner. 26:27 Do you believe the prophets, King Agrippa? I know that you believe.” 26:28 Agrippa said to Paul, “In such a short time are you persuading me to become a Christian?” 26:29 Paul replied, “I pray to God that whether in a short or a long time not only you but also all those who are listening to me today could become such as I am, except for these chains.”

26:30 So the king got up, and with him the governor and Bernice and those sitting with them, 26:31 and as they were leaving they said to one another, “This man is not doing anything deserving death or imprisonment.” 26:32 Agrippa said to Festus, “This man could have been released if he had not appealed to Caesar.”