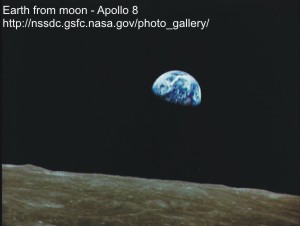 Scot has posted a few time over the last month on the topic of anthropogenic global warming (AGW), either as a short question or as part of Weekly Meanderings. One of the things that surprised me in the ensuing conversation, both on the blog and on facebook, was the sentiment expressed by some that global warming was theologically and scientifically impossible. In connection with my post last week on a related topic, Bob Robinson made reference to a document from the Cornwall Alliance, (http://www.cornwallalliance.org/), which makes just this explicit declaration … and calls it an “evangelical” declaration.

We believe Earth and its ecosystems–created by God’s intelligent design and infinite power and sustained by His faithful providence –are robust, resilient, self-regulating, and self-correcting, admirably suited for human flourishing, and displaying His glory. Earth’s climate system is no exception. Recent global warming is one of many natural cycles of warming and cooling in geologic history.

We deny that Earth and its ecosystems are the fragile and unstable products of chance, and particularly that Earth’s climate system is vulnerable to dangerous alteration because of    minuscule changes in atmospheric chemistry. Recent warming was neither abnormally large nor abnormally rapid. There is no convincing scientific evidence that human contribution to greenhouse gases is causing dangerous global warming.

I do not want to argue the reality of global warming, the severity of the problem (assuming there is one), or the proper course of action today. I would like to consider just two questions that arise from these affirmations and denials, one scientific and one theological.

Is AGW scientifically impossible? Do you agree that the world is so vast that it is  human arrogance to think that mankind can impart significant damage to the climate?

Is AGW theologically impossible? Does the good creation of God and his continuing providence and protection mean that anthropogenic global warming, serious damage to the climate, is impossible?

I think that both of these statements – the affirmation and the denial – are dangerously flawed. Anthropogenic global warming is both theologically and scientifically possible.  Bob Robinson has a series of posts – You can see his posts here: Imago Dei is More than Dominion, Denial of the Power of the Fall, and Free Market Capitalism – dealing with many of the theological issues. It is good stuff, well worth reading.He makes some arguments along the lines of those I would make.

First – scientifically. The earth is a finite, approximately closed, system with quantifiable amounts of material. The capacity of the chemical reactions at play in the atmosphere are finite and susceptible to modeling. Now this does not mean that we have solid knowledge and models yet – but that the system is finite. Yes the eco-system is robust, resilient, self-regulating, and self-correcting … within limits. It does not have infinite capacity for correction. It is also not clear that we have made only minuscule changes in the atmospheric chemistry.  It is certainly true that we have the ability to make significant changes – and these could start out subtle and hard to detect.

Second – theologically. God certainly created a world that is admirably suited for human flourishing. It is also clear that he created humans with the ability to rebel against God – this is the story of the fall. Given fallen humanity, God clearly allows us to perpetrate massive evil, systemic, local, and global. He allowed the holocaust and the atom bomb. He allows us to eat too much, smoke too much and develop diabetes and lung cancer – despite the fact that we are “fearfully and wonderfully made.”  He allows rape, murder, genocide, abuse, exploitation, and human trafficking.

Ultimately, I  don’t think that we can thwart God’s plan – but I do think that he would allow us to devastate human population, with a great deal of pain and suffering in the process. The current world population is  6.8 billion – would it challenge his plan to reduce the population to the place of say, 150000 years ago, with an isolated community of 20,000 surviving?

So what is the bottom line?

This means that it is important to consider the science and the possibilities seriously. And this brings us back to a harder question. How do we discern the truth of the current situation and the kinds of actions that are necessary?  Whatever these actions are – they must recognize the needs and situation of all – poor and rich (but especially poor) all around the world.

Is AGW scientifically and  theologically impossible? What should be the Christian response?

Was Jesus Universalistic?
archives most recent
More from Beliefnet and our partners
previous posts