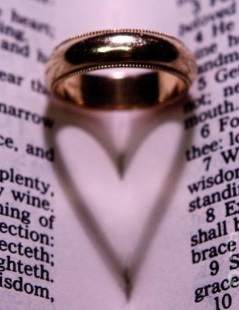 One of the more interesting sources for information about divorce can be found in the prophets. What practices can be inferred from them?

examines this sort of question in chp 4.
To begin with, though the Mosaic Law did say that adultery was to be punished with capital sentence, clearly by the time of the prophets [and I leave to the side the issue of critical dating of books and texts] capital sentence was not the norm and divorce was. This is the underlying social custom at work in Hosea’s incredible metaphor in Hosea 1–3 as well as in texts in Jeremiah 3:6-8.
God divorced Israel — that’s the point of the prophets and divorce customs are at work in those texts. We can infer from such texts some things about divorce.  The cause of such behavior by God was that Israel had broken covenant with God. Israel, then, broke covenant and destroyed the covenantal relationship. Luck argues that Hosea chp 2 shows that the implication of divorce for Israel was the lack of a right to physical provision and security. [Luck gets himself into a debate with D.H. Small over whether or not Hosea divorced his wife … but we need not examine the back-and-forth discussion here.]

One of Luck’s big conclusions is that the prophets show that “adultery” is not simply a sexual act but a breach of the covenantal relationship and infidelity (86). He sees this also in the dramatic divorces in Ezra 9–10: there the covenant relationship with the women of Babylon indicated covenant infidelity to God. That religious infidelity led to the discipline of divorcing those wives.

Which leads Luck to Malachi 2:16, the famous text in which YHWH says he hates divorce [though Luck later argues that it is not “God” but the “husband” who hates in this text]. Some contend that since God hates divorce, we must reject divorce completely. Here Torah people — male Israelites — were putting away their wives in order to marry women of the land. Luck contends that God’s hatred of divorce is hatred of illegitimate divorce: “divorce grounded upon nothing more than the desire to be monogamously devoted to another woman” (91).
When Luck sums up the OT teachings he arrives at some conclusions that are not agreeable to all: namely, that not only the innocent party was permitted to remarry but also the guilty male (though not the female). The adulterous relationship was rectified by returning to the spouse.
read next post
Responding to Brooks: A Reader's Comment
archives most recent
More from Beliefnet and our partners
previous posts