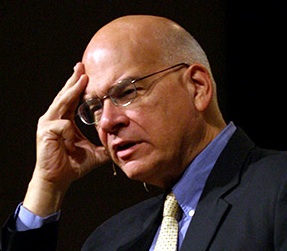 The white paper written by Tim Keller for the November workshop “In Search of a Theology of Celebration” is posted on the BioLogos web site: Creation, Evolution, and Christian Laypeople (or direct link). In his paper Keller gives what he finds to be the three most common problems posed by laypeople in the church on the questions of science and faith … 1.  Biblical authority; 2. Biology and philosophy – Evolution as biological process (EBP) versus evolution as the Grand Theory of Everything (GTE); and 3. The historicity of Adam and Eve. “If we don’t believe in an historical fall, how did we become what the Bible says we are–sinful and condemned?”

Today I would like to consider Keller’s approach to the third problem – starting where he starts in the white paper:

Question #3: If biological evolution is true and there was no historical Adam and Eve how can we know where sin and suffering came from?

Answer: Belief in evolution can be compatible with a belief in an historical fall and a literal Adam and Eve. There are many unanswered questions around this issue and so Christians who believe God used evolution must be open to one another’s views.

My answers to the first two sets of questions are basically negative. I resist the direction of inquirer’s thought. I don’t believe you have to take Genesis 1 as a literal account, and I don’t think that to believe human life came about through EBP you necessarily must support evolution as the GTE.

However, I find the concerns of this question much more well-grounded. Indeed, I must disclose, I share them. Many orthodox Christians who believe God used EBP to bring about human life not only do not take Genesis 1 as history, but also deny that Genesis 2 is an account of real events. Adam and Eve, in their view, were not historical figures but an allegory or symbol of the human race. Genesis 2, then, is a symbolic story or myth which conveys the truth that human beings all have and do turn away from God and are sinners.

Before I share my concerns with this view, let me make a clarification. One of my favorite Christian writers (that’s putting it mildly), C.S.Lewis, did not believe in a literal Adam and Eve, and I do not question the reality or soundness of his personal faith. But my concern is for the church corporately and for its growth and vitality over time. Will the loss of a belief in the historical fall weaken some of our historical, doctrinal commitments at certain crucial points?

What do you think? Will the loss of a belief in the historical fall weaken some of our
historical, doctrinal commitments at certain crucial points? Does it matter?

What are the alternatives?

Keller’s white paper is 14 pages long and approximately half deals with the question of Adam and Eve. This is not surprising, because this is clearly where the real theological problems lie.  Genesis 1 is trivial. Genesis 2-3, Romans 5 and 8, 1 Corinthians 15 – the problems raised by these passages are much more significant.

We have discussed this in the past in several posts: Romans 5: Death, Romans 5: Part 2 Adam, Romans 5: Part 3 Sin and its Solution Romans 8 Creation Groans, C.S. Lewis, Outside the pale? … and more, I am not going to link them all. I am convinced that this issue is the tough one. We won’t solve it today, I have no clear solution, even in my own mind – but we must continue the conversation in humility, before God, and listening to all.

Keller finds two areas of concern … where he feels that the loss of a belief in the historical fall will weaken some of our
historical, doctrinal commitments at certain crucial points. These are (1) the doctrine of sin and salvation (see discussions in the posts linked above for a start on this discussion) and (2) the trustworthiness of scripture. According to Keller, because Paul clearly believed that Adam and Eve were unique individuals, the trustworthiness of scripture requires that we take him at his word.  I think this is flawed because I don’t think that inspiration means that God corrected the author’s cultural understanding. I think that Paul wrote of God’s truth regarding the the work of Jesus Christ using examples from his understanding.

But … This is not a make or break issue off the top – there are alternatives that meld both evolutionary biological processes and belief in an historical Adam and Eve.

Keller discusses a model proposed by Derek Kidner in his commentary Genesis (Tyndale Old Testament Commentaries). This model is also used by John Stott in his commentary on Romans (The Message of Romans: God’s Good News for the World (The Bible Speaks Today)).

According to Keller quoting Kidner:

“If this…alternative implied any doubt of the unity of mankind it would be of course quite untenable. God…has made all nations ‘from one’ (Acts 17:26)….Yet it is at least conceivable that after the special creation of Eve, which established the first human pair as God’s vice-regents (Gen 1:27,28) and clinched the fact that there is no natural bridge from animal to man, God may have now conferred his image on Adam’s collaterals, to bring them into the same realm of being. Adam’s ‘federal’ headship of humanity extended, if that was the case, outwards to his contemporaries as well as onwards to his offspring, and his disobedience disinherited both alike.” (p. 30)

Here Kidner gets creative. He proposes that the being who became Adam under the hand of God first evolved but Eve did not. Then they were put into the garden of Eden as representatives of the whole human race. Their creation in God’s image and their fall affected not only their offspring, but all other contemporaries. In this telling, Kidner accounts for both the continuity between animals and humans that scientists see, and the discontinuity that the Bible describes. Only human beings are in God’s image, have fallen into sin, and will be saved by grace.

John R. W. Stott also follows Kidner – Keller does not bring Stott’s commentary into the discussion, but I think it is worth bringing up. In a section on The historicity and death of Adam (p. 162-166)
Stott finds that “the narrative itself warrants no dogmatism about the
six days of creation, since its form and style suggest that it is meant
as literary art, not scientific description.” He also finds it likely
that the snake and trees are meant to be understood symbolically in Gen
2-3.  He holds to the historicity of the original human pair
6000-10,000 years ago largely because of the genealogies (esp. Luke 3)
— but not in the sense you might think.  He does not deny any of our
scientific findings – and will even accede to the  probability that creation from dust is a Biblical way of saying that
God breathed his divine image into an already existing hominoid. Evolutionary biological processes may well have produced this hominoid. But…

The
vital truth we cannot surrender is that, though our bodies are related
to the primates, we ourselves in our fundamental identity are related
to God.(p. 164)

Stott suggests that Adam’s “federal” headship extended outwards to his contemporaries and onwards to his descendents. Homo Sapiens living across the globe were included under Adam’s headship. If it is important to retain a unique historical couple – Adam and Eve – Stott’s approach is worth consideration as well.

Keller concludes with the following

How do we correlate the data of science with the teaching of Scripture? The simplest answer for scientists would probably be to say ‘who cares about Scripture and theology?’ but that fails to do justice to authority of the Bible, which Jesus himself took with utmost seriousness. The simplest answer for theologians would probably be to say ‘who cares about science?’ but that does not give nature its proper importance as the creation of God. Psalm 19 and Romans 1 teach that God’s glory is revealed as we study his creation, yet in the end both of those passages say that it is only Scripture which is the ‘perfect‘ revelation of God’s mind (Psalm 19:7). We must interpret the book of nature by the book of God.

I have two comments here – the first is that I don’t think that the citation of Psalm 19:7 makes the point Keller claims. The verse does not say that scripture is the perfect revelation of God’s mind – it says:

This has no bearing on the relationship of the book of nature and scripture except in so far as it relates to the relationship of God with his creation and the revelation of God’s mind in that relationship. Law, statutes, precepts and commands all pertain to the relationship between God and mankind created in his image. I don’t think that the passage applies to the question of the historicity of Adam and Eve or God’s method of creation or the supremacy of scripture as pertains to history or science. We must develop a biblical view of scripture – and I don’t think either Keller in this example or most of American evangelicalism succeeds in this endeavor.

The second comment is that Keller is absolutely correct in his first assertion – Christian  scientists cannot say ‘who cares about Scripture and
theology?’ for that fails to do justice to authority of the Bible and theologians cannot simply dismiss the the science for that does not do justice to God’s creation.

And then Keller continues:

When Derek Kidner concluded his account of human origins, he said that his view was an “exploratory suggestion…only tentative, and it is a personal view. It invites correction and a better synthesis.”(Kidner p. 30) That is the right attitude for all of us working in this area.

Again Keller is absolutely correct. We will make progress and build up the church if we present ideas and interpretations, discuss the evidence, compare and contrast, point out
strengths and weaknesses of various theories and hypotheses, and do it with an attitude of love and respect for all concerned (a point I paraphrase from a comment I read elsewhere).

So a few questions:

Personally I think that the question of the trustworthiness of scripture is a red herring here – but perhaps you disagree. If so why?

The doctrine of sin and salvation is a much more significant consideration.

Do you agree with Keller – that the loss of a belief in a unique Adam and Eve and a historical fall will weaken some of our
historical, doctrinal commitments regarding sin and salvation?

How should we move forward?