. The first order of business, which is his too, is to get this term “universalism” straight and I want to attach adjectives to his descriptions.

So, fifth, Christian universalism believes in all the classic evangelical and orthodox doctrines (Trinity, creation, sin, atonement, return of Christ, salvation through Christ alone, grace alone, faith alone) and also in hell. But, and here’s the big but, one’s eternal destiny is not fixed at death so that those in hell can repent and trust in Christ, and in the end all will make this decision without coercion.
Thus, this Christian universalism is not pluralism, it does not find redemption anywhere outside of Christ, it does not deny hell or final punishment for rebellion and sin etc, but it also affirms that death itself does not end a person’s consciousness or chance to respond to the grace of God. 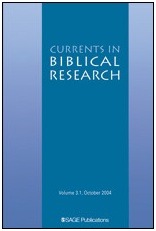