My Top Ten Books about Leadership 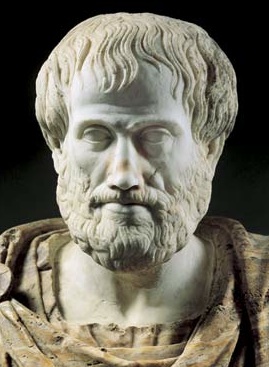 So, I offer to you a list of my top ten books for leaders, and none of the titles of these books have the word “leader,” or its buddy “leadership,” in it. Some of these are overtly Christian classics; others are not. These books have the ability to swell the chest, flood the mind, and reshape how we see the world around us – and a gospel-reshaping of these great works can inspire a leader to new levels.

From the classical world, though one could choose all sorts of great works, I recommend a soaking in Aristotle, Nicomachean Ethics, to see how the great philosopher constructed a set of ethics that shaped the Western world. Homer told the story of Odysseus and Virgil, in The Aeneid, developed what Homer began for the Roman world and handed on to all of us the power of a journey into ideas and ideals, sanctifying place and history. Dante took Homer and Virgil to the next level in his Divine Comedy, and if you follow him all the way down into the inferno, up through purgatory and then climb into the swirling glorious presence of God you will find new dimensions to life’s journey.

I’ve heard the case made that St.
Augustine’s Confessions reshaped the
entire Western world, not least in his probing of his own soul and conscience,
but I’m confident that the great North Afrian can lead each of us to the potent
truth of original sin and the need to read our lives before God. Not long ago I
began to re-read John Milton, Paradise
Lost, and was mesmerized not only by his language and meter, but by the
brilliance of his vision for the cosmic battle of human life.

No one on this side of the Atlantic
can fail to be captured, humbled and even humiliated before God by Harriet
Beecher Stowe, Uncle Tom’s Cabin, as
it brings into living reality the evil of slavery and the heart of darkness, a
heart that was eschewed by the arch-individiual, Henry David Thoreau in On Walden Pond. Americans need to dip
into this classic work of human independence and freedom if only to capture
again what makes so many Americans still tick. Hemingway said Mark Twain’s The Adventures of Huckleberry Finn was
the great American novel. I’m not expert enough on American novels to pose such
a conclusion, but I can say that very few have probed more deeply the foibles
of the human heart, whether Twain does so with withering wit or raw
finger-pointing.

For some reason few today have read
C.S. Lewis, Dymer, his first work, a
saga, a journey, and a portrait of human hybris at its apex – and the work
provides for us a revelation of what Lewis was like, what his yearning was
like, before it became Surprised by Joy.
I confess to being one of the few who have not read all of Tolkien’s Lord of the Rings – I have read The Hobbit – but I return regularly to
his short story, “Leaf by Niggle,” and often wonder if there is a better way of
describing our vocation and its relation to eternity. Every summer, somehow, I
find my way to Ernest Hemingway, The Old
Man and the Sea, and whether it is the combination of the hunt with
baseball in the old man’s musings or not, the struggle to catch and never show
what one found … Hemingway reminds me of the intangibles of the human struggle.
Probably the deepest and penetrating book I read during my seminary days was
Martin Buber’s I and Thou, a
philosophical, theological essay into the relational nature of what matters
most.

Not your usual list of books on
leadership, but I wonder sometimes if leadership might best be described by
those who are intellectual and cultural leaders instead of by those who talk about it.