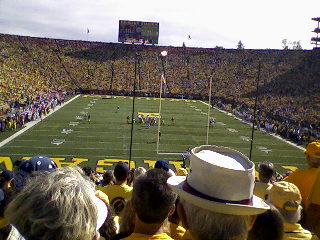 It has been a while – but the Missional Campus Ministry series will continue on an occasional basis as resources or topics appear.  Today I would like to focus conversation around a recent blog post by John Stackhouse – Campus Ministry That’s Not for Every One.  Here is a brief excerpt… speaking about a visit to the University of Ottawa:

But what I liked the most about working with him in producing several
events on campus is that he is trying to reach the people most campus
groups don’t: the thoughtful, and perhaps even threatening, inquirer,
the smart student or professor who has been asking hard questions of
Christianity perhaps for years and hasn’t found even a safe place in
which to ask them, let alone a place to encounter satisfying answers to
them.

It’s harder to reach these people on campus, not least because many
of them have had previous experiences with religious types and have
been disappointed and offended by the defensive, even
anti-intellectual, attitude they encountered. So they’re not likely now
to show up at a “Free Pizza Night!” to “Hear local pastor Rev. Bill
Jones speak on loving God better!” Rather than having their hard
questions welcomed in the spirit of the university, they have been
marginalized as troublesome party-poopers, spoiling a nice session of
grooving on Jesus. Or perhaps they indeed have been engaged by
Christians, but then their questions have exposed the Christians’
intellectual shallowness, their inability to articulate good grounds
for their beliefs that make sense beyond the circle of
already-convinced faith.

I will like to elaborate on these ideas a bit – focused on discussion of the following question:

What can be done to make an impact on campus – today and in the future, to move beyond “intellectual shallowness” or the perception of such shallowness?

The university or college campus is a mission field in many ways – and the pressures on eager undergraduates on their own for the first time are immense. We need organizations, both parachurch and church-based ministries, that concentrate on mission to the broad populations; ministries that provide a place for Bible study, discipleship, and fellowship.  The broad middle of the student population.is a group in need of attention – and I appreciate the hard work that goes into evangelism, relationship, and discipleship in a wide range of active campus ministries.

But we need more than this as well. I broached this subject back in April in a series of posts on Education, Discipleship, and the Future that developed off of Stackhouse’s post on Engaging the University.

We need to be able to … “meet the university on its own terms: discussion of issues that matter
in a way that meets the university’s own ideal standards of engagement,
standards of both courteous respect and intellectual rigour.” (Again quoting Stackhouse)

There are a couple of comments on Stackhouse’s blog as I write this – both good, but one in particular caught my eye: An edited version is below:

I have to say, I consider myself extremely blessed to be taking my
undergrad degrees where I am. … We’ve been lucky in Regina in that
our IVCF staff worker has always stressed the importance of Christians
seriously engaging with the academy at large. He’s made it a priority
to identify academically-minded Christian students and help guide them
in their intellectual development. … By helping
students gain a strong understanding of their Christian faith in
relation to their studies, he’s helped to form individuals capable of
presenting an intellectual Christianity to their classmates and
professors.

I remember vividly one of my own professors confessing to me over a
beer that twenty years ago he would never have given Christianity a
second thought. At the time, he said, the Christians he knew seemed
quite shallow, intellectually speaking. But these days he’s finding it
harder to just “shrug off.” The reason he gave? Apparently some
Christian students like myself and a friend of mine … fail to fit his old stereotype of the simple-minded
Christian.

This commenter also brings up a serious problem, a problem that several commenters on my original series also brought up from their perspective as they work in Campus Ministry.

Of course, the trouble with running an intellectual campus ministry
is that undergraduate Christians (in general) just don’t seem all that
interested in being academically relevant. … One such
Christian student told me a few years ago that, after a week of hard
classes, she just didn’t feel up to taking part in a small group if it
made her think too much. …
applying her intelligence to her faith? That seemed a wholly
unnecessary burden.

Where should we go from here?

From my perspective – having been a graduate student and now as a professor – we have a real problem. There are several facets of the problem – here are a few, you can probably identify more:

2. Shallow answers and an anti-intellectual approach will not engage the University at its root. It will not impact the serious scholars and thinkers, those who will be the next generation of leaders. More importantly it breeds an arrogance that allows many to simply dismiss faith as something not worth a second thought.

3. There is no safe place for a Christian with serious questions to go for dialogue and growth. This is a problem with two consequences – some simply lose faith. Others, while retaining faith, cannot be a real witness within the academy when they know that they do not really believe much of what they are “supposed” to believe.

4. Many campus ministry workers are themselves ill equipped to engage the hard questions.

I have no answers today…but I would like to throw this open for discussion.

What can be done to engage the smart student or professor who asks the hard questions?

How can we disciple and equip the students who will go on to be professors and leaders? How should we provide encouragement and opportunity for growth?

Do you have any example of successful approaches to share – either from your ministry or from your experience as a student?