Pray for Peace
Work for Peace

Dan Reid … ever the editor.
Eugene on “what is a worshipper?”
LL Barkat on serendipity ripples.
John Frye on expectations and Jesus: Part one and two.
Ed Gilbreath on President Obama’s upcoming speech to our kids.
Tom Smith weighs in on serious issues in South Africa when it comes to churches.
“Where We Stand” on gospel and development work.
Brett weighs in on Christian cussing.
Quite the debate: Should public schools teach religion(s)? One of the great things about free speech is that folks can complain about President Obama’s speech before they’ve seen the thing.
Jim Martin interviews Darryl Tippens, author of Pilgrim Heart (a very good book we blogged about on this site). Part one, two, three and four.
Mark Roberts, a theology of work, and Ezra.

The Top Five most liberal products.

Robert Benne’s final line in his long article on the ELCA: “The ELCA has formally left the Great Tradition for liberal Protestantism.”
News item that boggles:

“But can anyone seriously question that we are imposing an ever-increasing and unfair burden [indebtedness] on the children who might be ill-equipped to bear the cost?

What this shows me is that we need a good set of posts on economics, and Michael Kruse will be doing just that on the Jesus Creed Blog. 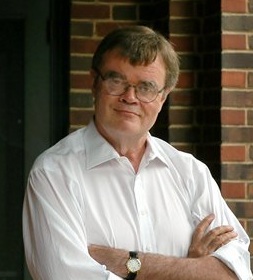 1. A very good question with more than a few, not very satisfying, answers.
2. The temperature of hell and global warming — Warning: satire. (HT: SW)
3. Pope Benedict and Teddy Kennedy.
4. Wow, this is quite the story about correlation of tax laws and senior deaths. (HT: MV via Twitter)
5. AT&T, iPhone, and the coming changes.
6. An interesting trend: “Yet Hoene says cities must use the crisis as a way to rethink how city
services are provided, which includes privatization, partnerships
between the public and private sectors, and more involvement with
nonprofits and citizens.”
7. As always, Garrison Keillor gets to the vacuous center of the issue: a pet care option attached to the health care reform proposals.
8. Kristof: “The truth is that government, for all its flaws, manages to do some things right, so that today few people doubt the wisdom of public police or firefighters. And the government has a particularly good record in medical care.”
9. George Will: “If there is a worse use of the U.S. military than “nation-building,” it is adult supervision and behavior modification of other peoples’ politicians.”
10. Phoenix commotion.
The most exciting athlete in all of Sports
Devin Hester
Chicago Bears 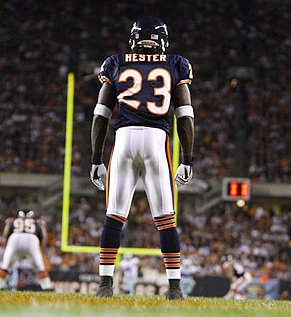