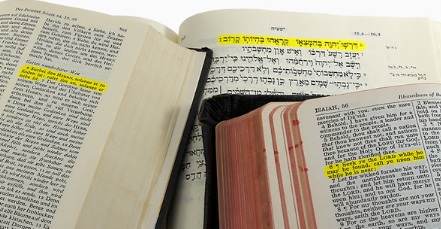 We began a series, which will have new posts sporadically rather than consistently, not long ago about Translation and the tribalism that we now experience with translations. One of our points is that the authoritative text is not the translation but the original languages. (This is not denying the authority of God or the Holy Spirit, but instead the smaller point: when translating, we don’t pronounce the translation the authority but always defer to the original. Always.)

Another point being made in the recent dustup about the TNIV and the NIV (and the NIVI) has to do with “translation theory.” I hear it like this all the time: I prefer “dynamic equivalence” (functional equivalence) or I prefer “formal equivalence.” Sometimes it gets expressed by such words as “paraphrase” or “literal” and sometimes by “bad” and “good.” Or “loose” and “tight.”
I’d like to contend today that most words are translated in all Bible translations with formal equivalence and that some words are translated more or less in a dynamic, or functional way. In other words, there isn’t really a radical commitment to dynamic equivalence — as if one can find some better way in English to the original languages “and” or “but” or “the” or “God.” Or a radical commitment to “formal equivalence,” as if the Greek word order can be maintained in English and make sense, though at times the NASB gave that a try (much to the consternation of English readers). No one translates “God’s nostrils got bigger” (formal equivalence) but we translate “God became angry.” There are some expressions that can’t be translated woodenly unless one prefers not to be understood. (See Dan Wallace.)
The result of this is that all translations are on a spectrum of more or less formal and more ore less dynamic. Now one more complication: each translation will vary for individual words or phrases or clauses.

The most important book to read (so far as I know) for translation theory is the old book by Eugene Nida, The Theory and Practice of Translation

, and I used to teach this book every year. The issue here is clear: there is an original text and there is a “receptor” language (English). It is the translator’s intent to take the original text and make it the receptor language in a way that is as “equivalent” as possible. The issue has to do with which one gains prominence when decision time comes? Everyone strives for “equivalence.” The TNIV people don’t think they are paraphrasing; they are translating the original text accurately into modern English.

Formal equivalence tends to move in the direction of “identity” — the idea that one can translate as simply as possible in a way that is as close to “identical” as one language can be to another. “And” becomes “and” and “gird up the loins of your mind” becomes “gird up the loins of your mind.” The more dynamic approach is as concerned with a modern reader being provoked to the same response as the original language provoked in the original writer/listener/reader. So, the spectrum moves from identical text to receptor’s response/understanding. The focus moves from “text in its original context” to “text in its modern context.” In one the emphasis is on rendering a text in as identical fashion as possible while the other is on rendering a text so that obstacles are removed to understanding. And another point: preachers and teachers, whether they like the formal or not, always explain the text in dynamic ways. All of this is connected to purpose of both translator and reader — which I’ll address in another post.