A confession by an Afrikaner.

Molly has a story to tell. KSZ’s favorite.  Stephan Joubert and our global footprinting. Do you know about IBMR? (By the way, take that quiz on the page and see how you score.) Robert Schuller has now passed on the reins to his daughter. Maybe Schuller needed a do-over; Jim Martin thinks about do-overs. Checklist Christianity? Karen’s account of a storm; sometimes I swear that woman is a fiction writer. Speaking of writers, how about staying in CS Lewis’ room!

Thoughts on imitation by Tamara Buchan. Thoughts on abundance by Mary DeMuth. Thoughts on technology and theology, the first in a series of three posts by Mark Roberts. Happiness and friendship. (HT: ACC)

Peter Wilkinson starts a series on OST about how Isaiah’s big picture shaped the Christian metanarrative. I have argued for some time that CH Dodd is behind much of this revival of interest in the controlling narrative of the earliest Christians. Speaking of which, Tom Wright vs. the conservative Reformed: Daniel Kirk is getting to the bottom of it. Dan Reid recommends a new book on Buddhism.

How are we doing here at Jesus Creed? How about according to this one? I’m with Don Johnson totally … Good advice on blogging.

We are making the switch to iPhone this summer. How about you?

Appalled at Jeremiah Wright’s racist remark about “them Jews.”

1. The marriage crisis in Iran and the pressure the emerging Iranian generation may put on political candidates. And the internet has its influence.
2. Third Culture and the Demise of the University. (HT: BB)
3. Did you see Stanley Fish’s analysis of the “encroaching ‘I'” in Obama’s speeches?
4. Global warming now a “fact”.

5. Yes, indeed, media is changing, blogs are threats to the former major publishing media, voices are being democratized, and it may lead to readers having to be both more critical and choosy in which media they read. (HT: cas)
6. Race and intelligence.
7. Italian treasures discovered in a bungalow in Chicago.
8. Wow, the JD Salinger mystique continues.
9. Pico Iyer on less is more.
10. Obama on the Muslim world: various views, and I found Susan Jacoby’s piece insightful at places.
Sports

It’s that point in the Cubs season when we turn to the Cubs Brickyard. 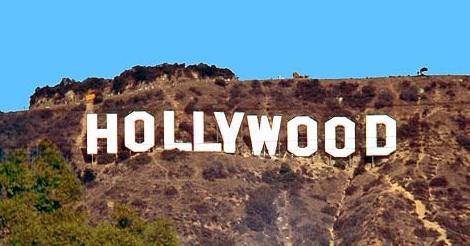 What is the greatest...
archives most recent
More from Beliefnet and our partners
previous posts