Friday is for Friends: Michael Mercer

This week’s Friday is for (our and from our) Friends is from Michael Mercer. Read this post, think about it and give us your reflections because he’s asking some probing questions about Christ ad culture.

Reflections from the Bible Belt

While volunteering at my son’s public high school for a band
competition today, I noticed various motivational signs and banners
posted around the building.

CHARACTER:
It’s who you are when no one’s looking.

CHARACTER:
Each person must live his life as a model for others

There were signs for “respect,” “honor,” “knowledge” (you’d expect that
one), “responsibility,” “leadership,” and other moral virtues and
practices. Near the main lobby, a prominent display case held pictures
of those who had won the “Set a Good Example” award. This award,
sponsored by a local family in memory of their son, honors young people
who show exemplary character, leadership, and who serve as role models
for their fellow students.

I know many of the teachers, coaches and administrators in the school, and it is clear that these signs and honors are not just for decoration. The qualities represented are actively promoted and urged upon students and the entire school community.

Of course, I am thrilled to have had my children attend a public school that seeks to foster moral character as well as academic and extra-curricular achievement. And this is not surprising to us. We live in a small Midwestern town that is filled with churches and conservative folks, surrounded by an entire region of such communities. A “Bible-belt,” you might say.

Which got me thinking. If you mixed in a few “Jesus” words and a couple of hymns or praise songs, what I’ve seen at our son’s public high school would represent many churches around here. You have a community of caring people, an emphasis on learning, discipline, moral education, all served up via a full program of activities for having fun, building community, and encouraging growth.

My question is, “How should Christ-followers think about this situation?”

* Does it show that the Christian message has infiltrated local culture to such an extent that our secular institutions reflect the light of the Gospel, at least in moral terms?

* Or does it show that churches (at least in “Bible-belt” regions) have become mirrors of American conservative culture, serving as little more than reflections of the God and country, family values, law and order, bourgeois middle class ethos? Have many congregations become “Christian activity centers” that primarily serve to promote morality and the “righteous” status quo?

* Perhaps it is some of both? What is positive about this state of affairs, and what may be negative, even harmful to the growth of genuinely Biblical Christianity?

Furthermore, when Christ and culture seem to complement rather than radically oppose one another in a given setting, in what ways is the church called to be counter-cultural, and in what ways may it cooperate with the institutions in that community to fulfill the Mission Dei? 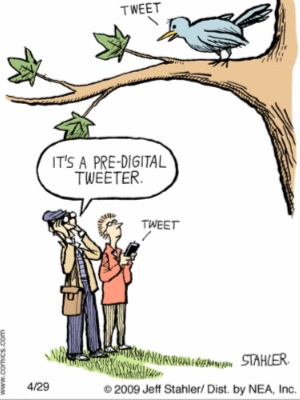