Friday is for Friends: Jeremy Berg

A post from Jeremy Berg for our Friday is (from and) for Friends: 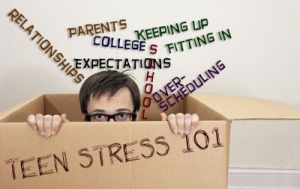 I’m typing this blog from my laptop while text messaging, checking my
email, listening to my Ipod, updating my Twitter and sipping an iced
mocha. I’m totally wired–both from caffeine and all the electrical
cords juicing all my gadgets. Just another over-stimulated day in the
“technopolis” of the 21st century world.

As I wrap up another year of high school ministry one thing is for
certain: teenagers are too busy, involved in too many things, trying to
please too many people–all this while trapped in a fast-paced,
over-stimulated world of hypertechnology and seeing no easy way out of
this vast web of over-connectivity.

I’m researching the power of culture and media technology in
preparation for two messages I’m giving this weekend to senior high
students at a missions retreat. I’m speaking on the topic of
“Discipleship of the Mind” based on the popular movie trilogy, “The
Matrix.” The book I’m reading is A Matrix of Meanings: Finding God in
Pop Culture by Craig Detweiler and Barry Taylor. Here’s some insights
from the chapter I’m currently reading

Jeremy Rifkin, author of The Age of Access, notes, “The techno gurus
promised us that instant access would lighten our loads and give us
back more time. Is it possible, instead, that the nanosecond culture is
enslaving us in a web of ever-accelerating connections from which there
seems to be no escape?”

He mentions the rising number of boys being diagnosed with attention
deficit hyperactivity disorder in the U. S., saying, “Is it any wonder?
If a child grows up in an environment surrounded by the fast pace of
television, video games, computers and constant media stimulation,
chances are that his neural development will condition to a short
attention span.”

Sadly, parents have often proven little help in this arena. Newsweek
reported that “millions of parents around the country say their lives
have become a frantic rush in the minivan from school to soccer to
piano lessons and then hours of homework. But they’re trapped, afraid
to slow down because any blank space in the family calendar could mean
their offspring won’t have the resumes to earn thick letters from
Harvard–and big bucks forever after.”

Yet, as our calendars get fuller and fuller, our souls grow emptier and
emptier. The wisdom of Jesus is proven again: “What shall it profit a
man, if he should gain the whole world (the electronic world included)
but lose his own soul” (Mark 8:36). Our souls long for silence, inner
peace, temporary disconnection from the technological in order to
momentarily reconnect to the spiritual. 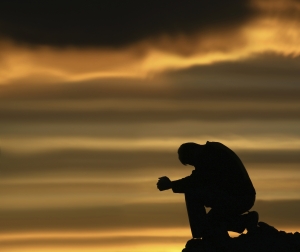 We are spiritual beings designed with spiritual appetites and thirsts
that TV or Twitter cannot quench. We owe it to the more hidden places
of our being–those quieter areas that will not show themselves on a
digital screen–to begin listening to the deeper yearnings for escape,
solitude, and renewal. I suspect that if we did take an internal Holiday of the soul, visiting those
exotic far off, neglected areas of our inner being, while leaving our
electronic gadgets behind, we just might encounter the God who is
unseen–the God who reveals himself in the wilderness, and speaks in
“the still, soft whisper.”

“Go out and stand before me on top of the mountain,” the LORD said to
him. Then the LORD passed by and sent a furious wind that split the
hills and shattered the rocks–but the LORD was not in the wind. The
wind stopped blowing, and then there was an earthquake–but the LORD was

“Yet Jesus often withdrew to lonely places for prayer” (Luke 5:16).

How do you escape the constant buzz of the 21st century technopolis?

How do you practice Jesus’ habit of retreat and solitude amidst your busy schedules?  How do you intentionally unplug?

How do we help hyper-connected teenagers disconnect for their own “internal Holiday of the soul”?

read next post
Youth Ministry: Family Based? (by Chris Folmsbee)
archives most recent
More from Beliefnet and our partners
previous posts