Mark Galli, senior managing editor at Christianity Today, has just responded to Michael Spencer’s (iMonk) colossal prediction of the imminent collapse of evangelicalism. I’d like to shift this conversation a bit to two other questions to see if we might further the conversation a bit. 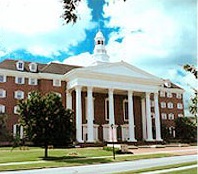 Who are the evangelicals and what makes up an evangelical? (For Michael’s opening salvo, see below.)

I’m confident Galli and I are on the same page here. David Bebbington’s book that details the four features of evangelicalism is the place to begin (see his The Dominance of Evangelicalism: The Age of Spurgeon And Moody (History of Evangelicalism)

My question today is this: Do you foresee an imminent collapse of evangelicalism? 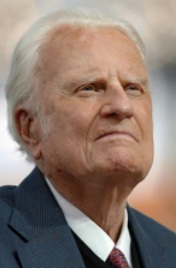 Second, all evangelicals are committed to the saving power of the cross. The cross, tied as it is both to the incarnation and to the resurrection, is the act of God that not only unmasks injustice but restores — via substitution — humans to God by dying our death.

Third, all evangelicals are committed to new birth as a personal experience. Indeed, the necessity of new birth, of the need for life in the face of death. Evangelicals believe the Christian life begins with new birth, and it is here that most evangelicals tie the power of the Holy Spirit to the saving power of the cross (and resurrection). Evangelicals have always worried about the liturgical and liberal approaches to conversion through sacramental or nurturance processes.

Fourth, all evangelicals are committed to an active Christian life that involves personal pieties like prayer and Bible reading, corporate fellowship like church attendance and participation, and social activism like justice efforts of all sorts, both locally and globally.

Now to you: Do you see a collapse of these?

Here’s how I see things: while I complain about the NeoReformed, I have no fear of the collapse of evangelicalism with that segment of evangelicalism. I do fear the theologically weak, intellectually vapid, and pragmatically oriented faces of many segments of evangelicalism. The efforts for coalition among evangelicals in the last fifty years have sometimes led to such a minimal common theological core that very little theology remains (for some).

I believe that we are on the verge- within 10 years- of a major
collapse of evangelical Christianity; a collapse that will follow the
deterioration of the mainline Protestant world and that will
fundamentally alter the religious and cultural environment in the West.
I believe this evangelical collapse will happen with astonishing
statistical speed; that within two generations of where we are now
evangelicalism will be a house deserted of half its current occupants,
leaving in its wake nothing that can revitalize evangelicals to their
former “glory.”

The party is almost over for evangelicals; a party that’s been going
strong since the beginning of the “Protestant” 20th century. We are
soon going to be living in a very secular and religiously antagonistic
21st century in a culture that will be between 25-30% non-religious.

This collapse, will, I believe, herald the arrival of an
anti-Christian chapter of the post-Christian west and will change the
way tens of millions of people see the entire realm of religion.
Intolerance of Christianity will rise to levels many of us have not
believed possible in our lifetimes, and public policy will become
particularly hostile towards evangelical Christianity, increasingly
seeing it as the opponent of the good of individuals and society.

The response of evangelicals to this new environment will be a
revisiting of the same rhetoric and reactions we’ve seen since the
beginnings of the current culture war in the 1980s. The difference will
be that millions of evangelicals will quit: quit their churches, quit
their adherence to evangelical distinctives and quit resisting the
rising tide of the culture.

Many who will leave evangelicalism will leave for no religious
affiliation at all. Others will leave for an atheistic or agnostic
secularism, with a strong personal rejection of Christian belief and
Christian influence. Many of our children and grandchildren are going
to abandon ship, and many will do so saying “good riddance.”

This collapse will cause the end of thousands of ministries. The
high profile of Christian media will be reduced, if not eliminated.
Hundreds of thousands of students, pastors, religious workers,
missionaries and persons employed by ministries and churches will be
unemployed or employed elsewhere. [ ]. Visible, active evangelical
ministries will be reduced to a small percentage of their current size
and effort.

Nothing will reanimate evangelicalism to its previous levels of size
and influence. The end of evangelicalism as we know it is close; far
closer than most of us will admit.

My prediction has nothing to do with a loss of eschatological
optimism. Far from it. I’m convinced the grace and mission of God will
reach to the ends of the earth. But I am not optimistic about

evangelicalism, and I do not believe any of the apparently lively forms
of evangelicalism today are going to be the answer. In fact, one
dimension of this collapse, as I will deal with in the next post, is
the bizarre scenario of what will remain when evangelicals have gone
into decline.

I fully expect that my children, before they are 40, will see
evangelicalism at far less than half its current size and rapidly
declining. They will see a very, very different culture as far as
evangelicalism is concerned.

I hope someone is going to start preparing for what is going to be an evangelical dark age.