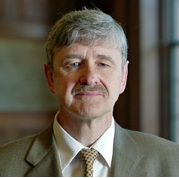 On this blog we have given lots of attention to faith and science and the struggle scientists have with the orthodox Christian faith. What about artists? I read this statement not long ago and want to have a conversation about it: “For all the well-known and oft debated problems associated with reconciling faith and science, the ability to reconcile artistic creativity with Christian orthodoxy has proved to be a much bigger stumbling block for the evangelical tradition.” And by “artistic” is meant literature, the stage, painting, etc.

So the statement of David Hempton in his newest book, Evangelical Disenchantment: Nine Portraits of Faith and Doubt

He investigates why these folks, one-time committed evangelicals, became disenchanted.

Why do you think artists may struggle more with the evangelical faith than even scientists?

It is standard among evangelicals to define “evangelical” with David Bebbington’s famous four points: conversion, Bible, cross, and active Christian living. But Hempton appeals in this book to another set of factors drawn from W.R. Ward, who finds these: experiential conversion, mysticism, small-group religion, vitalist conceptions of nature, a deferred eschatology, and opposition to theological systems. These characteristics Ward finds in the earliest evangelicals of the 18th Century. He draws this conclusion: “An infallible text read with wooden literalism, an instant millennium, an absence of mystery, a lack of interest in nature, priestly personality cults, and modernist soteriological systems are not what the early evangelicals had in mind” (5). This is no small conclusion and I’m keen on seeing how this way of framing “evangelical” will shape the concerns of this book.

The disenchantent of the people Hempton studies “did not usually result in complete abandonment of their religious faith and an embrace of atheism.” And “it would be a mistake to conclude that the subjects examined here ended up as defenders and purveyors of an insipid moral relativism and behavioral libertinism” (17).

I have myself studied “apostasy” (Finding Faith, Losing Faith: Stories of Conversion and Apostasy

) so this book naturally interests me. I believe pastors and college professors and chaplains, not to say parents and siblings and friends, could have some serious interest in Hempton’s studies.

read next post
What do you think?
archives most recent
More from Beliefnet and our partners
previous posts