A friend of mine recently said that theologians can say just about anything about anything about Jesus but to say something fresh or innovative or out of the ordinary about Scripture is to invite trouble. I suppose what is said in the chapter about “The Battle over the Bible” in Adam Hamilton’s  Seeing Gray in a World of Black and White: Thoughts on Religion, Morality, and Politics will invite response and some reaction. Why? Most people have very firm views of how to talk about the Bible — whether they are right or not. Hamilton, a pastor of a church of 14,000 folks, has sketched here a view of Scripture that I suspect many of you will not agree with … I can’t say I agree with everything … but he gives us a good platform today for a conversation. I am going to ask you to behave, to state your view without tossing down your hat and stomping on it … and I’m going to ask that you avoid any hint of a slippery slope argument. So, here’s Hamilton’s “gray” approach to Scripture. 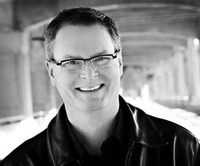 The question pastor Adam Hamilton asks is “What is the Bible?” He begins to map the options right away: is it a collection of documents that describe the faith of ancient Israelites and the early Christians? Is it the Word of God, with every word chosen by God — with the implication at some level that the authors were God’s secretaries? Another question: Is all of the Bible marked by culture? Is only some of it marked by culture? Is it all marked by culture but still capable to rendering God’s will for us today? One of my own ways of putting this is to ask if it is best to talk about the Bible as “timeless” truth or “timely” truth?

Hamilton sketches the American history with the Bible — marked as it is by the huge fight between the modernists and their use of “higher criticism” and the fundamentalists and their appeal to inspiration and inerrancy (or infallibility). Today’s culture wars is marked by this debate to this day. Fundamentalists constantly worry about a slippery slope into liberalism and liberals worry constantly that if they start preaching about the need for personal salvation and the authority of the Bible that they’ll end up losing credibility with culture. (It’s more complex than this, yes, but these factors are at work to this day.)

Hamilton speaks of conservatives for whom the authorship of the books of the Bible — even when not in the text (like Matthew — the text itself does not say Matthew wrote the Gospel) — is worth going to the mat for. They will also defend Mosaic authorship of the Pentateuch as if it is central to Christian orthodoxy. On the other hand, I’m personally astonished how easily many are convinced that a biblical author, say James, didn’t write James when the evidence for this kind of conclusion is so flimsy. Far better, I say to myself often, to admit that there’s not enough evidence to draw a firm conclusion. Anyway, this stuff gets caught up in rigid debates and folks take sides — and it has become political.

Liberals, Hamilton observes, focus on the humanity of Scripture; conservatives on the divine authorship.

Hamilton comes to this conclusion: The Bible “is a book written by people who lived in ancient times, with their own biases and limitations in knowledge, who had great insights and experiences of God … And it is a book through which God has spoken and still speaks, one that is ‘living and active’ and through which God comforts, challenges, and inspires, the very reading of which has the power to change lives” (68).