Hard Questions for the Bible

This is the big question shaping Wright’s newest book, The God I Don’t Understand: Reflections on Tough Questions of Faith

. In fact, Wright says these problems are more acute for Christians than for any other view: polytheism can find the problems in the war of the gods, monism resolves the problems in seeing the problem as illusory — all matter is one, and atheists don’t have the same moral problem – it’s the world in which we live.

But the for the Christian who believes God is good and sovereign, the presence of evil — moral, personal, structural — is a problem. Wright tackles four questions in this book:

I want to look at one of these sections — the Canaanites. Simply put, how do we explain the God of the Old Testament stripping the Land clean of Canaanites? Of sanctioning genocide or ethnic cleansing? Of the use of violence — death — to accomplish the divine will?

Here’s how Wright approaches this problem:

1. The view that it is an Old Testament problem and the New Testament puts it right is inadequate: the OT shows a loving God (e.g., Exod 34:6-7), the NT has plenty about God’s wrath (read: Jesus’ warnings of Jerusalem’s destruction and the Book of Revelation), and the NT accepts the stories of the OT.

2. The view that Israelites “interpreted” the takeover of the Land as God’s will but they were mistaken — Wright finds this view inadequate, too. Problem? No one ever sees taking the Land as a colossal moral mistake.

3. The view that the conquest is an allegory of spiritual warfare is also inadequate.

These three views are inadequate, and I agree. What I also agree with Wright is this: there is no easy answer here. The honesty of this chp impresses me. “There are days I wish,” he says, “this narrative were not in the Bible at all.” (Many of us have days like this, esp if you are one who teaches the Bible or the OT as a life.) Wright’s approach is to examine this issue in the context of three biblical frameworks — frameworks that do not “explain away” but do “set in context.”

1. The framework of OT story: conquest is part of ancient near eastern culture and rhetoric of warfare. This is not a “holy” war but “Yahweh war.” Total war and total defeat are part of the rhetoric of the ancient near east. Wright also asks if God accommodated his will to the people (this expression best fits how I would read the text).

And, the conquest of Canaan is a unique and limited event. It is not a model of warfare.

2. The framework of God’s sovereign justice. God acts against injustice both with Canaan and with Israel, but it is an act of justice against degradation and injustice. Wright points to OT texts that speak of Canaan’s sinfulness (Lev 18:24-25; 20:22-24; Deut 9:5; 12:29-31). The violence here is not arbitrary. This act of judgment does not mean Israel was altogether righteous. And this act is part of God’s sovereign control of history — including other nations.

3. The framework of God’s plan of salvation. Every even fits into the big plan of peace, of ultimately blessing the nations, and the eventual praise of the nations.

Maybe you’re not satisfied yet; neither is Wright. But the one thing I like is how Wright approaches this most difficult of texts. There is nothing here like this: “God is holy; they’re sinful; they deserve to be slain.” Instead, there is a palpable dissatisfaction with our mind’s capacity to grasp the magnitude of sin, of God’s control of history, and of how God’s redemptive work is accomplished. 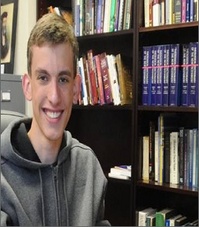