On the Wrong Side of History

As we close out another tumultuous year, half of America is hopeful and half is committed to Alinsky-style political harassment.

Barack Obama stands in the middle of all of it.

For too long, American conservatives hoped against hope that Obama’s nasty attitude toward Israel’s Benjamin Netanyahu was simply an anomaly, and that he didn’t really dislike Jews or Israel.

Such hope ignored Obama’s radical background, steeped as he is in Marxist thought and, for our purposes here, a decidedly pro Palestinian bent.

Yet his recent order to abstain from voting on UN Security Council Resolution 2334—which condemns Israeli “settlements”—is considered breathtaking, even as he prepares to leave office in three weeks.

The truth is, Obama wishes to significantly weaken Israel, and this is obvious even to the user-friendly media he has relied on for eight years.

Jake Novak of CNBC notes that the eyelash-size country in a sea of mammoth Muslim nations commands a great deal of attention from world powers:

“It’s safe to say that for a tiny nation the size of New Jersey, Israel commands an unjustified amount of the world’s attention. It can even be called an obsession.”

The supreme irony here is that while Obama & Friends (international political leaders, diplomats, religious figures, media hacks) would laugh at the idea, their obsession with the Jewish state is a direct fulfillment of Bible prophecy.

Zechariah 14:1 speaks of a coming time when Israel and Jerusalem will become an obsession for the international community:

“A day of the Lord is coming, Jerusalem, when your possessions will be plundered and divided up within your very walls.”

We are at a seminal moment in history. Pro Israel forces battle with pro Palestinian forces, and on any given day, each side seems to grow stronger. But for those of you with a mind open enough to consider that Bible prophecy is legitimate, hear the sad words of the prophet Jeremiah (30:13,14):

“There is no one to plead your cause, no remedy for your sore, no healing for you. All your allies have forgotten you; they care nothing for you.”

We are not there, yet. Israel still has friends in high places.

But the Day is coming. The Normandy invasion of World War 2 was called “The Day of Days.” However, the true Day of Days—the great Day of the Lord as spoken of in Scripture—is still future.

It is coming. And fast. 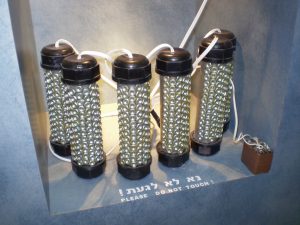