Interview with Deepak Chopra on Consciousness, God, & the Nature of Belief 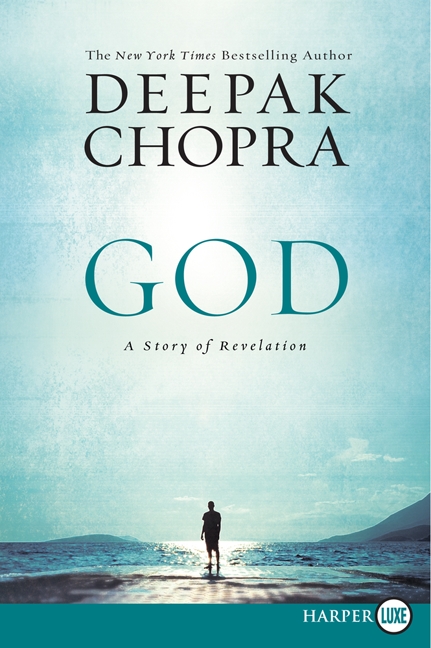 Chelsea Roff: Your book is titled, God: A Story of Revelation. How do you personally define God?

Deepak Chopra: God is the infinite potential that becomes the universe and the awareness of the universe in conscious beings.  God is the ground of existence that differentiates space time matter and information.  God is the creativity inherent in the cosmos.  God is the evolution of platonic truth such as beauty, goodness, love, compassion, harmony, joy, and equanimity.  God is our highest instinct to understand ourselves.

Having said all of this, all definitions of God are inadequate. To define God is to limit God.

CR: When you say the creativity inherent in the cosmos, it sounds like you’re suggesting that the cosmos is a conscious entity. Do you think we live in a conscious universe?

DC: Yes, I believe that the universe is conscious like any other living organism as a body mind and soul.  The body as it appears to us through our five senses (it may appear differently to other species with other nervous systems) the mind of the universe is its energy and information fields and the soul of the universe is the infinite void from which it emerges.  The void is not just an emptiness but the womb of all creation and contains the building blocks of both mind and matter as potential .

I recently co-authored an article with Drs. Menas Kafatos and Rudolph E. Tanzi in the San Francisco Chronicle, A Science Based Consciousness, which explores these ideas in greater detail:

Explaining consciousness as produced by the brain is referred to the hard problem in cognitive science. There is no theory in science that explains how electrochemistry in the brain becomes subjective experience. Physicalist explanations of consciousness have thus far, entirely failed.

Traditional science assumes, for the most part, that an objective observer independent reality exists; that the universe, stars, galaxies, sun, moon & earth would still be there if no one was looking. However, modern quantum theory disagrees. The properties of a particle, quantum theory tells us, do not even exist until an observation takes place. Quantum theory disagrees with traditional, Newtonian physics. Most scientists, although respecting quantum theory, do not follow its implications.

When traditional science finds itself in such an impasse, it might be time to question some of the basic assumptions about so called independently-existing reality. We must revisit the idea that science is a methodology and not an ontology.

CR: So what would you suggest as an alternative theory of consciousness? And would that theory hold that the universe itself is conscious?

DC: I addressed this topic in an article I coauthored with Drs. Menas Kafatos and Rudolph E. Tanzi – How Consciousness Becomes the Physical Universe – in the Journal of Cosmology:

Consciousness is a field phenomenon, analogous to but preceding the quantum field. This field is characterized by generalized principles already described by quantum physics: complementarity, non-locality, scale-invariance and undivided wholeness. But there is a radical difference between this field and all others: we cannot define it from the outside… Consciousness includes us human observers. We are part of a feedback loop that links our conscious acts to the conscious response of the field. In keeping with Heisenberg’s implication, the universe presents the face that the observer is looking for, and when she looks for a different face, the universe changes its mask.

Consciousness includes human mental processes, but it is not just a human attribute. Existing outside space and time, it was “there” “before” those two words had any meaning. In essence, space and time are conceptual artifacts that sprang from primordial consciousness. The reason that the human mind meshes with nature, mathematics, and the fundamental forces described by physics, is no accident: we mesh because we are a product of the same conceptual expansion by which primordial consciousness turned into the physical world.

Our approach, positing consciousness as more fundamental than anything physical, is the most reasonable alternative: Trying to account for mind as arising from physical systems in the end leads (at best) to a claim that mathematics is the underlying “stuff” of the universe (or many universes, if you are of that persuasion). No one from any quarter is proposing a workable material substratum to the universe; therefore, it seems untenable to mount a rearguard defense for materialism itself. As we foresee it, the future development of science will still retain the objectivity of present-day science in a more sophisticated and evolved form. An evolved theory of the role of the observer will be generalized to include physical, biological, and most importantly, awareness aspects of existence. In that sense, we believe the ontology of science will be undivided wholeness at every level. Rather than addressing consciousness from the outside and trying to devise a theory of everything on that basis, a successful Theory Of Everything (TOE) will emerge by taking wholeness as the starting point and fitting the parts into it rather than vice versa.

CR: Many people base their belief in God on the virtue of faith. What do you think is the value of faith, versus a method of seeking truth that relies on empirical evidence, like the scientific method?

DC: I have always held that belief is the cover up for insecurities.  You don’t have to believe in electricity if you can see how it works. Nor do you have to believe in gravity or anything that is real.  This includes abstract, non-material such as love, joy, compassion and any of our feelings or emotions.

God is revealed to us not through belief, but through spiritual practices. These include:

2. Self-reflection: Who am I? When you ask the question, “Who am I?”  go deeper.  Who is asking the question, Who am I? As you go deeper into the question, you realize you are neither body, mind, ego, nor intellect, but a speck of consciousness which is an aspect of an infinite consciousness. As Rumi said, “You are not just a drop in the ocean. You are the mighty ocean in the drop.”

3. Transcendence: Going beyond through meditation

I discuss all of these in my book, God: A Story of Revelation. The novel brings to life the defining moments of our most influential sages, ultimately revealing to us universal lessons about the true nature of God from Job in the Old Testament, Paul in the New Testament, Rumi, Tagore, Baal Shem Tov, and Julian of Norwich.

CR: What do you think we can learn about the nature of belief from studying changing perspectives of God over the centuries?

DC: Beliefs are capricious and subject to change, as the lens from which we view reality continuously changes. Today, quantum mechanics and cognitive neuroscience reveal a deeper invisible reality, which is the source of everything, visible and manifest.

CR: You’ve written a great deal in this book about the evolution of religion, belief, and spirituality… How do you think humanity will (or should) continue to evolve in these areas in the coming century?

DC: I do hope so because, at the moment, our spiritual evolution is not keeping pace with our capacity for creating diabolic technologies, mechanized death, and biological warfare.  We risk our extinction if we don’t.

Deepak Chopra’s new book, God: A Story of Revelation will be available September 25, 2012. A unique blend of storytelling and teaching, the groundbreaking novel explores the evolution of God by capturing the lives of ten historical prophets, saints, mystics, and martyrs. The novel reveals a riveting portrait of a constantly changing God, and shows that our belief —and therefore God itself—transforms with each passing century. Pre-order the book through Amazon.

What’s the Difference Between Religion and Psychosis?

A Consciousness Based Science

9/11: What WILL you do for humanity on this day?
archives most recent
More from Beliefnet and our partners
previous posts