President Barack Obama is already pulling a bit of a hat trick, managing to sustain higher popularity than either George Bush or Ronald Reagan when they were stuck in economic doldrums. The bad economy pulls down his ratings on job performance, and this reflects the frustration of the public and widespread discouragement about the future. With the Republican House effectively blocking any potential stimulus, and the entire Republican Party bent on being the party of “No” – after all, it swept them into office last November, even if the country as a whole was damaged – many commentators have jumped on a new bandwagon.

Whereas the presidential prospects for the Republicans looked dim a few months ago, now we are told that the party is energized, thinks it can beat Obama, and only needs a stand-up candidate. With the recession nowhere near a robust turn-around, the President looks vulnerable to any serious challenge. So the conventional wisdom holds.

The pundits have left leadership out of the equation, and specifically, they’ve ignored what a leader needs to do. Anger on the left is calling for Obama to pull a Gary Cooper in “High Noon” and run the bad guys out of town by standing up to them. But real leaders aren’t sheriffs, and the right wing doesn’t see itself as bad guys. From the beginning of his administration, facing very tough times ahead, Obama has seen, quite rightly, that a leader fulfills the needs of his followers. There are three needs that serve as the foundation of a healthy society, as they do for a healthy individual.

1. Security – The country needs to be free of anxiety, with a sense that normal life isn’t overshadowed by threats. It’s been ten years since 9/11, a massive cause for insecurity, and fear has doubled because of the economy. The President has consistently refused to give in to anxiety, maintaining that with the right stimulus packages, jobs programs, government support of failing sectors in the economy, reduction in foreclosures, and alert monetary policy, we will emerge from this recession stronger than ever.

Let’s leave aside whether people actually feel more secure. Obviously there is pessimism and real hurt in the land. The critical question, for the 2012 election, is how well the Republicans are doing about this primary need for security.  Their tactic, continued form the Bush era, is to increase our nervousness. The sky is always falling down on the right wing.  An endemic problem like the national debt is blown up into a three-alarm fire right this minute. Not a single Republican, with the possible exception of Mitt Romney, offers a reassuring tone, and if the American public allows this lack to sink in, it will count.

2. Achievement – Life needs to be productive, with a sense of meaning and accomplishment. For decades American achievement was a given; we led the world in accomplishments on all fronts, and American exceptionalism was recognized globally. Now the trend is against us. The rise of China and India, the loss of manufacturing at home, a sudden drop into permanent unemployment for millions of minority and older workers – all these factors make the public feel that the country isn’t moving in the right direction.

Obama has been fulfilling this need by rooting for the American spirit (as every President must, some with greater or lesser success), promising a better future, and offering economic stimulus and jobs programs. He constantly points to a new future of innovation, restored infrastructure, stronger research and development, and renewable energy. He doesn’t attack globalism but faces the fact that global competition means that change must come to America.  Again, the issue isn’t whether his efforts have been entirely successful but what the Republicans are doing on the same front. Their response is reactionary. They trumpet jingoistic slogans while hunkering down for a grim tomorrow. They block any kind of stimulus, viable jobs programs, renewable energy and so on. In 2012 this lack will either sink in with the electorate or it won’t.

3. Unity and community – the third basic need is the feeling that you belong, that a greater society wants you, that you are not left behind.  To fulfill this need, the President has talked about bipartisanship and the end of crippling divisiveness in politics. Although himself born into a minority, he stands as a potent symbol for overcoming ancient social prejudice. I realize that we are all sick of talking about divisiveness, and everyone recognizes the political contradiction at work around us: voters declare that they are sick of bitter partisanship while constantly sending the most partisan politicians to Washington.

If you demand that the President turn into a no-compromise, down the line liberal, you are adding fuel to this contradiction and making it far worse to reach any meaningful change. Obama has hammered that point home, and we can set aside what it has cost him. In electoral terms, what Republican candidate is even trying to make America feel united? Always a small-tent party, the Republicans win when they manage to cobble together splinter interests. As long as gun owners, Western ranchers, social conservatives, religious fundamentalists, and white males can find a suitable candidate, a viable Presidential race can be run. But even the most optimistic Republican strategists realize that all their candidates, with the possible exception of Romney, are dividers. The irony is that Romney divides Republicans, because he won’t tilt toward Tea Party extremism.

You may not accept my analysis of leadership, but by his words and deeds this is the line that the President has been following and continues to follow. He realizes that the level of the problem (fear, insecurity, divisiveness, uncertainty, frustration, anger) isn’t the level of the solution. The level of the solution is to fulfill the three needs just outlined. Trapped in their ideology and hostility to progress, the Republicans aren’t even on the map in these areas. Next November the pivot point won’t be the economy, not alone at least. The pivot will be whether the electorate wants its needs fulfilled or its anger expressed. I know it’s a tossup, but I can’t blame the president for not doing what leaders need to do. He is. 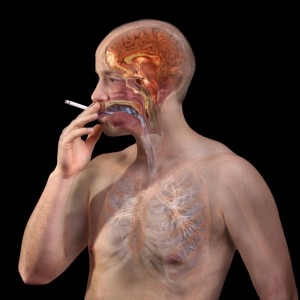 Weekly Health Tip: Understanding and Coping with Nicotine Withdrawal
archives most recent
More from Beliefnet and our partners
previous posts