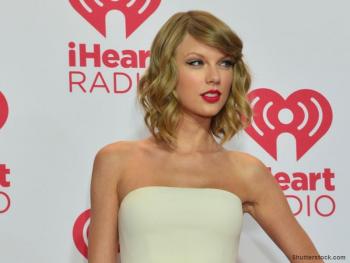 It’s not cool to hate Taylor Swift. Her battle with connotations of being dramatic and annoying are daily but its’ Taylors kind heart that will ultimately win that battle as she continues on her mission of spreading hope in difficult times.

It’s near Christmas in 2020 when Vickie Quarles called 911 for her husband who was having difficulty breathing. Paramedics arrived on the scene and transported her husband to the hospital. Vickie had to remain at home and could not go with her husband because of the quarantine restrictions. They assumed he would get medical attention at the hospital and would return home later to celebrate Christmas with their children. Little did Vickie know this would be the last time she spoke to her husband. The hospital called Vickie to let her know that COVID-19 had taken her husband far too soon and he passed away. Her world was forever changed.

Losing a loved one is never easy, especially when that loss is during a pandemic and everything from the mourning process to funerals have been upended. Vickie was left to pick up the pieces and move forward with her family as her husband would have wanted. That also meant Vickie would bear the burden of many financial woes that came with the unexpected loss.

The last thing Vicki’s friend DeQuanda wanted the Quales to worry about was money. DeQuanda created a GoFundMe campaign in hopes to find financial relief for the family. She was hopeful the campaign would be shared across social media platforms reaching other friends and family members. She did not expect to wake up one morning and see a donation for $50,000 from Taylor Swift and her mother Andrea.

Shortly after the donation was made the Quales GoFundMe page was updated with the following message:

“Words cannot express how incredibly grateful I am for all of the kind and caring people who have made donations in support of me and my 5 daughters. I would like to especially say thank you to Andrea and Taylor Swift for your thoughtfulness and generosity from our home state of Tennessee. I appreciate the sweet personal note, it warmed my heart. The road ahead will not be the same without Theodis but with each day I am humbled and anchored in hope that I can continue to raise the girls to be as compassionate and caring as all of you. Thank you so very much.”

Taylor’s contribution helped drive the campaign far beyond its’ $50,000 goal and provided comfort to the family in mourning. The Grammy-winning artist is no stranger to generosity. Swift is becoming more well-known for her philanthropic contributions as she continues to give away her amassed wealth.

Last year Vitoria Mario had created a GoFundMe in hopes of raising college tuition when it was discovered by Swift who donated $30,000. She plans on attending the University of Warwick to pursue her dreams of becoming a mathematician.

The pop-icon even left a heartfelt note on Mario’s campaign that read: “Vitoria, I came across your story online and am so inspired by your drive and dedication to turning your dreams into reality. I want to gift you the rest of your goal amount. Good luck with everything you do! Love, Taylor.”

When COVID-19 first hit and long-time fans of Swifts were left unemployed, Taylor sent swifties stimulus checks to help them get through the crisis. Her swift actions have helped people through difficult times for years. Her generosity and kindness know no bounds. Many of her contributions fly under the radar as Taylor doesn’t like to draw attention to the matter. With a net worth of over $400 million, it’s no surprise to see Taylor jumping being so charitable with her wealth.

In 2018 she invited 8-year-old Jacob Hill, his dog Reid and his family to her show in Houston. Jacob has autism and just 2 years before the show, Taylor donated $10,000 to his family for the service dog.  She gave the family front row seats and backstage passes. The family stated, “We feel so blessed, Taylor is such an amazing person.”

Taylor has been giving financial breaks to people around the world since 2011 with no signs of stopping. In the last year, Taylor has been quietly sifting through GoFundMe campaigns and often donating to single mothers who are facing hardships with things like rent and providing Christmas for their kids.

We can only hope that there are more versions of Swift out there looking to use their wealth for good. 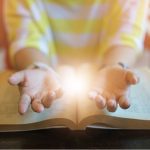 Faith Over Fear: The New Google Trend
archives most recent
More from Beliefnet and our partners
previous posts