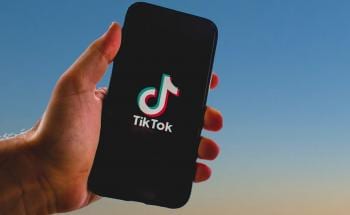 While TikTok may seem like a frivolous app teenagers and 20-somethings play with on their phones, the platform — which is relatively new to the U.S. market — has already shown the power to make change “IRL.”

The video-centric app is credited with popularizing the runaway hit “Stunnin’” by Curtis Waters. In another instance, it exposed to millions of viewers a dance sequence known as “The Renegade” created by a 14-year-old girl in a suburb of Atlanta, resulting in teens mimicking the moves in school hallways around the country.

That TikTok’s 15- to 30-second clips are perfect for making new songs and dances go viral is obvious, less so is its potential to #MakeJesusViral. But the hashtag garnered 362 million views, proving bite-sized chunks of theology just as edible. Similarly, #Christian has gotten 10.5 billion views #Jewish 1.1 billion and #Islam a whopping 23.7 billion.

To say that religion is big on the platform is an understatement.

These lessons aren’t lost on young people hoping to build faith communities. Christian, Muslim and Jewish creators alike are utilizing TikTok to spread the word — with evangelicals, in particular, embracing the platform as they historically have with new technology.

Religion’s outsize presence on the app also calls into question the widely held belief that Gen Z, those born after 1996, is following the decadesold American trend away from religion. Maybe TikTok isn’t exactly bringing them into the fold — but some religious leaders say the proliferation of faith-related clips suggests the young are searching for something.

In search of the flock

Many TikTok creators making religious content use the same methods as other TikTokers —they ride the waves of the trending content to bring religion to the masses — to maximize attention to their posts.

Father Matt Lowry (@catholic.jacks 73.8K followers) is a Catholic priest who leads a church at Northern Arizona University. He’s not a Gen Zer but “Father Matt,” as he’s affectionately called, has a team of college students who help him create social media content to reach local students. When Father Matt and his Gen Z advisers combined two trends — the song “Stunnin’” with the “What I’d wear” concept — he went viral to the tune of 3.7 million views and over 350,000 likes.

Father Matt was shocked at the success of the clip, which simply shows him in different robes for various holy days. He was also surprised by the popularity of a clip in which he and young members of the church did the “COVID Slide” — a humorous, socially distanced version of the song “Electric Slide” that starts with putting masks on, continues with elbow taps, and concludes with washing hands.

“It got over a million views,” he says. Out of curiosity, he searched the app to see who else was using the same track. It seemed to be mostly people between 14 to 21 — “a demographic that the church struggles with right now,” says Father Matt. “They’re in TikTok. And if this is where the people are, this is where we want to go.”

Using TikTok to reach out to Catholics, Father Matt says, is an “attempt to emulate Jesus, who goes in search of the flock.”

While Father Matt stumbled into the evangelistic aspect of TikTok, Gabe Poirot — a 19-year-old TikToker and student at Kenneth Copeland Bible College — got onto the platform specifically because the technology seemed perfect for broadcasting the word of God.

“With churches you swing through the same people every week. With TikTok, it’s all evangelism,” says Poirot, who has over one million followers spread out across four TikTok channels (the most recently updated @gabe_poirot).

When Poirot talks about “evangelism” on TikTok, he’s talking about making contact and getting viewers interested enough so they’ll want to know more. “A 30-second video never changed anyone’s life,” he says. “What it does is it gives exposure to the gospel.”

Poirot makes TikToks — as creators call the clips — with three goals in mind: The first, is to keep things light. “I capture their attention by being excited, by having a smile on my face.” Second, he wants to hit viewers with a little gospel — “just a tad bit so it pulls on their heart,” he says. The last — and, arguably, most important — is to send them elsewhere.

“The goal of every TikTok is to take them to the profile (and then) to the YouTube,” says Poirot.

There, they can watch Poirot’s sermons, which range from 15 minutes to an hour. And, on Friday and Sunday nights, they can join the Bible study groups Poirot holds on YouTube Live. Participants engage in real time, through live chat; Poirot interacts with them, getting to know some by name, creating feelings of cohesion and community.

TikTok fosters community in a similar way. At first glance, the platform might seem like a home for passively consumed content. But the commenting sections reveal that videos sometime serve as springboards into deeper conversations and interactions or to faith in real life.

A number of Northern Arizona University students who have come to mass have approached Father Matt to say “‘I initially connected with you on TikTok.’”

Poirot and other TikTok evangelists have also set up events in hopes of turning the virtual into a physical interaction. He recently took part in one leg of the Gen Z For Jesus Tour — a multi-city event held at the end of October. A number of Christian TikTokers — including Cash Baker, (@cashbaker) who has 16.5 million followers — hit the road, stopping at cities in Texas, Louisiana, Georgia and Florida to hold religious revivals in a variety of venues, from churches and parking lots to football fields and the beach.

Footage from each gathering was uploaded to the platform under @genzforjesus (18.6K followers) as clips of young people getting baptized in everything from large plastic tubs to the ocean. At the event that Poirot attended in Fort Worth, Texas, several young people approached him and said that they followed him on TikTok and YouTube. Poirot also spoke with another girl whose mother had brought her to the event. He urged them to join the same church he attends.

“My purpose is not to substitute for the local church,” says Poirot. “It’s to bridge the gap.”

Using TikTok “is the next iteration of what evangelicalism has been incredibly good at historically,” says Richard Flory, a sociologist and senior director of research at University of Southern California’s Center for Religion and Civic Culture. “People want to call (evangelicals) anti-modern but they’re not. They’re incredibly smart about using technology. In the 1920s, some of the first radio owners were evangelicals and Pentecostals.”

After that came television (think Billy Graham and so-called televangelists). “They’ve always been quick to capitalize on technological innovations and bring it into their own world,” says Flory.

Though Flory is unsurprised by the flurry of TikTok evangelists, he is doubtful of their ability to bring young Americans into the fold in a large scale way.

“I think it’s important to separate out that they don’t represent Gen Zers. They represent religious Gen Zers and the total number of hits is global,” says Flory, author of “Backpocket God: Religion and Spirituality in the Lives of Emerging Adults.” “If someone has 16 million followers — where are they located? My guess would be they’re not all Americans.”

The quantity and popularity of religious content on TikTok “makes sense,” he adds, “because it’s 30 seconds. It’s absolutely no time commitment on my part. Even if I watch 10 of them it’s like 5 minutes.”

While TikTok evangelism excels at outreach, it lacks the follow-through — the commitment — demanded by earlier forms of evangelism, even those that utilized technology, says Flory. Because of that, Flory is skeptical of the platform’s ability to make a long term, meaningful impact on GenZ’s religiosity.

“If you think back to someone like Billy Graham … (his) model was you go into a city, get participation from local churches and they would do whatever the show was — whatever the program was with music and some testimonies — and he would offer the opportunity for people to come forward and receive Jesus.”

But what viewers saw at home wasn’t the end of it. Off camera, the new converts were recruited into the local churches. “You didn’t give them experience and then just hit the road,” says Flory.

While Poirot emphasizes the centrality of brick and mortar churches, he argues there’s not such a big disconnect between online and off — what they do on TikTok and in other digital spaces matters.

He also says that maybe people need to rethink what spirituality and religiosity looks like, especially when it comes to Gen Z. “When you look at the polls — the research — they ask ‘How often do you go to church?’ because they associate going to church with religion … We associate stuff we do in digital world closely with what we do in person.”

“I get a lot of people telling me that they still don’t go to church but they’re getting to know God better,” he adds.

A ‘sneak peek’ into Judaism and Islam

Not all faiths use the app to win converts. Both Jewish and Muslim TikTokers seem to deploy TikTok as a way to normalize or demystify their beliefs and practices to fellow TikTokers.

Sometimes that demystification is intentional, like the clip that Will and Sana Saleh — young, married Muslim Canadian couple (@salehfamily 637.4K followers) — made called “Who gets to see her hair?” A brief explanation of Islam’s approach to women’s modesty, the clip got 18.5 million views, over three million likes, and is one of the first to come up under #Islam.

But in some circumstances, the platform turns creators into accidental ambassadors for their faith. That’s what happened to Toiby Hayes (@toibycontinued 54.3K followers), a 24-year-old Orthodox Jewish woman who lives in Brooklyn.

She explains that her TikToks were born of her own faith-related struggle.

“Throughout high school I felt like I couldn’t be into fashion and (follow) Orthodox … laws of modesty,” says Hayes. After going out and experimenting, she wanted to share her ideas to offer comfort and inspiration to other Jewish women who felt the same way. “My intention was for people within my community to find inspiration.”

But after one video went viral, suddenly non-Jews were reaching out. “We’re alienesque,” she says with a laugh. Her channel offers “this sneak peek into what it’s like to be Orthodox” and correct misconceptions.

Secular Jews who “would like to be more engaged,” Hayes says, have also approached her on TikTok to ask for advice about deepening their practice. In those instances, she has directed them toward more authoritative resources — making her videos a conduit of faith.

She also feels that her presence on TikTok offers other young Orthodox Jews an image of themselves. “You feel very different as young people (from non-Orthodox peers),” she says. On her channel, they see themselves “normalized,” she adds — a powerful thing for any teenager or 20-something.

“There is an aspect of oh it’s fun and everyone is having a good time, but there are smaller communities that are finding comfort (on TikTok),” Hayes says.

Father Matt believes Gen Z is searching for the same thing as everyone else. “There’s something in us that looks for grounding,” Father Matt reflects. “They’re looking for harmony and peace.” 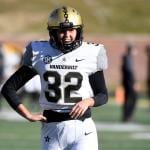